ABBA and the Story of the Most‐​Inane‐​Ever Tax Controversy

The tax code is a complicated nightmare, particularly for businesses. 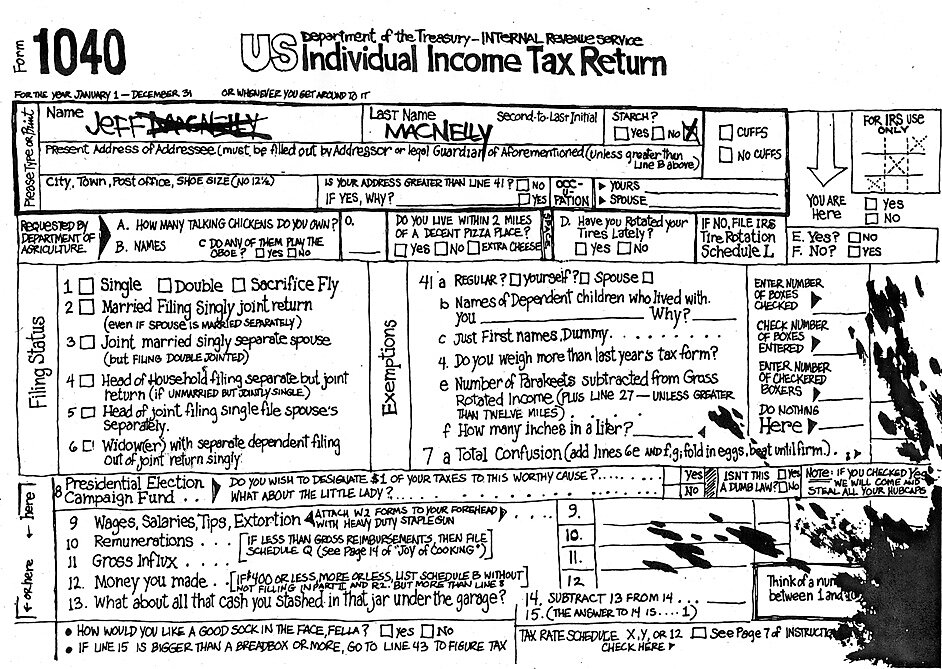 Some people may think this is because of multiple tax rates, which definitely is an issue for all the non-corporate businesses that file "Schedule C" forms using the personal income tax.

A discriminatory rate structure adds to complexity, to be sure, but the main reason for a convoluted business tax system (for large and small companies) is that politicians don't allow firms to use the simple and logical (and theoretically sound) approach of cash-flow taxation.

Here's how a sensible business tax would work.

And it would be wonderful if our tax system was this simple, and that's basically how the business portion of the flat tax operates, but that's not how the current tax code works. 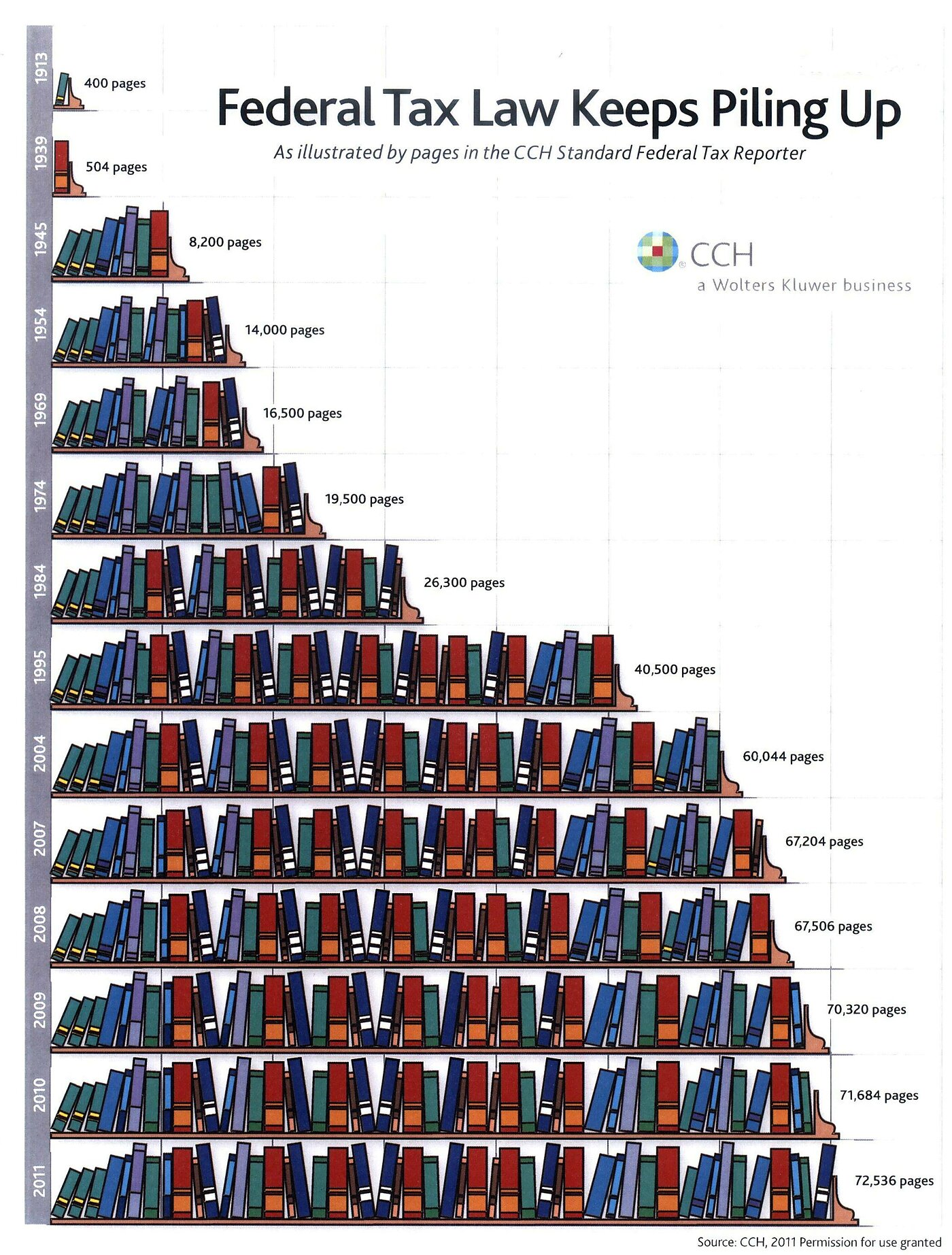 We have about 76,000 pages of tax rules in large part because politicians and bureaucrats have decided that the "cash flow" approach doesn't give them enough money.

So they've created all sorts of rules that in many cases prevent businesses from properly subtracting (or deducting) their costs when calculating their profits.

One of the worst examples is depreciation, which deals with the tax treatment of business investment expenses. You might think lawmakers would like investment since that boosts productivity, wage, and competitiveness, but you would be wrong. The tax code rarely allows companies to fully deduct investment expenses (factories, machines, etc) in the year they occur. Instead, they have to deduct (or depreciate) those costs over many years. In some cases, even decades.

But rather than write about the boring topic of depreciation to make my point about legitimate tax deductions, I'm going to venture into the world of popular culture.

Though since I'm a middle-aged curmudgeon, my example of popular culture is a band that was big about 30 years ago.

The UK-based Guardian is reporting on the supposed scandal of ABBA's tax deductions. Here are the relevant passages.

The glittering hotpants, sequined jumpsuits and platform heels that Abba wore at the peak of their fame were designed not just for the four band members to stand out – but also for tax efficiency, according to claims over the weekend. ...And the reason for their bold fashion choices lay not just in the pop glamour of the late 70s and early 80s, but also in the Swedish tax code. According to Abba: The Official Photo Book, published to mark 40 years since they won Eurovision with Waterloo, the band's style was influenced in part by laws that allowed the cost of outfits to be deducted against tax – so long as the costumes were so outrageous they could not possibly be worn on the street. 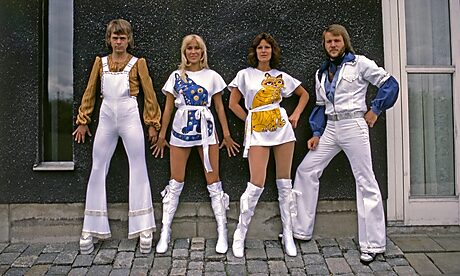 When I read the story, I kept waiting to get to the scandalous part.

But then I realized that the scandal - according to our statist friends - is that ABBA could have paid even more in tax if they wore regular street clothes for their performances.

In other words, this is not a scandal at all. It's simply the latest iteration of the left-wing campaign (bolstered by tax-free bureaucrats at the Paris-based OECD) to de-legitimize normal and proper tax deductions.

So I guess this means that the New York Yankees should play in t-shirts and gym shorts since getting rid of the pinstripes would increase the team's taxable income.

And companies should set their thermostats at 60 degrees in the winter since that also would lead to more taxable income.

Or, returning to the example of ABBA, perhaps they should have used these outfits since there wouldn't be much cost to deduct and that would have boosted taxable income.

Shifting to the individual income tax, another potential revenue raiser is for households to follow this example from Monty Python and sell their kids for medical experiments. That would eliminate personal exemptions and lead to more taxable income.

Heck, maybe our friends on the left should pass a law mandating weekend jobs so we could have more income for them to tax.

Though I'm not sure how that would work since the statists are now saying Obamacare is a good thing because it "liberates" millions of people from having to work.

I'm not sure how they square that circle, but I'm sure the answer is more class-warfare tax policy.

P.S. A very low tax rate is the best way of encouraging taxpayers to declare income and minimize deductions.

When ABBA first became famous, the top personal tax rate in Sweden was at the confiscatory level of about 80 percent and the corporate tax rate was about 55 percent. With rates so high, that meant taxpayers had big incentives to reduce taxable income and little reason to control costs.

After all, a krona of deductible expense only reduced income by about 20 öre for individual taxpayers.

Corporate taxpayers weren't treated as badly, but a rate of 55 percent still meant that a krona of deductible expense only reduced after-tax income by 45 öre.

But if the rate was very modest, say 20 percent, then taxpayers might be far more frugal about costs (whether the cost of uniforms or anything else) because a krona of deductible expense would reduce income by 80 öre.

By the way, the United States conducted an experiment of this type in the 1980s and the rich wound up declaring far more income to the IRS.