50th Anniversary of a Mistake

Today is the 50th anniversary of Congressional passage of the Rail Passenger Service Act, which created the National Railroad Passenger Corporation, later known as Amtrak. This law was based on several factual errors, the most important one being a claim that passenger trains could make money if only they were freed from the stodgy railroad executives who supposedly preferred freight over passenger service. 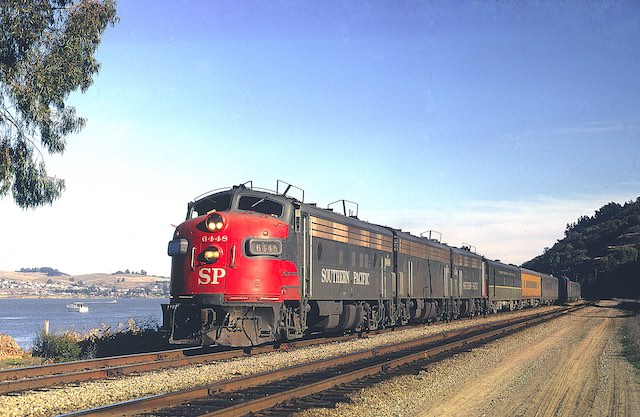 Early Amtrak train to San Francisco from Chicago. It took several years to repaint all of the equipment into Amtrak colors. Photo by Drew Jacksich.

Passenger train ridership had been declining since 1920 and the decline accelerated after World War II. A 1958 report from the Interstate Commerce Commission predicted that intercity passenger trains would disappear by 1970. In response, Congress passed legislation making it easier for the railroads to stop running interstate trains.

In 1968, however, a book came out called To Hell in a Day Coach by Peter Lyon. The book argued that passenger trains were actually profitable but were victims of a long‐​term conspiracy by railroad executives who believed that freight trains were even more profitable and that the passenger trains got in the way of freight‐​train profits.

As transportation economist George Hilton pointed out, the American railroad industry had a huge surplus of capacity in the 1960s, a surplus made even larger by the introduction of new technologies such as centralized traffic control. As such, the railroads would have welcomed passenger trains or any trains that covered their marginal costs in order to help use some of that capacity.

Yet many rail fans continued to believe the claim that passenger trains could make money. One, Anthony Haswell, founded the National Association of Railroad Passengers and persuaded Congress to hold hearings in September 1969, considering eight different alternative ways of rescuing passenger trains.

In his testimony at that hearing, Haswell claimed that passenger trains were more efficient than either flying or driving. “That capability of economical movement of trainloads of people is perhaps the most important reason why we should retain passenger service.”

Haswell also stated that passenger trains deserved federal capital support because airports and highways had been built with federal support. However, he added that operating subsidies “are not a fundamental solution to the economic problems of rail passenger service,” which he believed was inefficient operation by the railroads. “The inherent danger of operating subsidies is that they would pay for such inefficiencies on a continuing basis. Railroads receiving such subsidies would have little or no incentive to reduce expenses or increase revenues on their own initiative.… In short, operating subsidies have the risk of becoming permanent drains on Government revenues without commensurate public benefits,” which is exactly what happened.

Two months after the hearings, the Department of Transportation had synthesized the eight different alternatives into a single proposal for legislation creating “Railpax,” which would take over passenger service no more than 181 days after passage of the bill. The draft bill never received White House approval, but managed to find its way into Congressional hands. 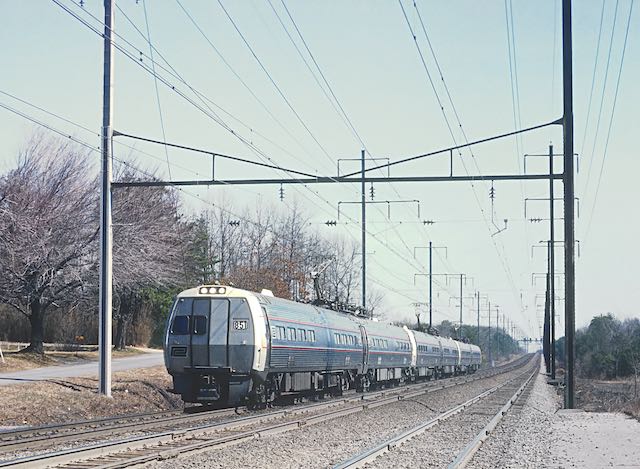 Before going bankrupt, Penn Central was running Metroliners between Washington and New York in less time than any Amtrak train has ever been scheduled to take on that route.

The real catalyst for the passage of the bill was the June 21, 1970 bankruptcy of Penn Central, the largest corporate failure in American history up to that date. Even as it filed for bankruptcy, Penn Central petitioned to cancel many of its passenger trains, and rail industry leaders were quick to blame the bankruptcy on those money‐​losing trains.

While money‐​losing passenger trains were a contributor, the real problem was that the two main railroads making up the Penn Central, the New York Central and Pennsylvania, never should have merged in the first place as they were fundamentally incompatible. PRR was highly centralized; NYC was fairly decentralized. NYC was highly innovative; PRR much more traditional. On top of that, the new company’s top three executives — board chair (from PRR), president (from NYC), and chief financial officer (from a third company) — proved to be unable to work together.

In response to the bankruptcy the Senate proposed to subsidize intercity passenger trains while the House submitted a bill based on the December 1969 DOT proposal that would create a new corporation to take over passenger trains. The House bill passed and was signed by President Nixon.

Railpax was supposed to be a for‐​profit corporation requiring no federal subsidies. Railroads could divest themselves of passenger trains by joining Railpax and making a one‐​time‐​only payment equal to the amount of money they claimed they had lost on passenger service the year before the law passed. In exchange for those payments, the railroads would get stock in the new company, stock which ultimately turned out to be worthless both because the company was worthless and because the stockholders had no voting power over how the company was run.

Most railroads joined Railpax, which changed its name to Amtrak a few weeks before it took over passenger service on May 1, 1971, 181 days after passage of the law. Amtrak immediately shocked Haswell and his supporters by cutting more than half the trains running in the country.

Despite cutting all of those trains, Amtrak quickly burned through the money the railroads paid to buy their way out of the passenger business. Congress then stepped in to provide operating subsidies, leading to the perpetuation of the inefficiencies that Haswell warned about in his 1969 testimony. Congress has also provided capital subsidies for purchasing new railcars, buying the Northeast Corridor and other tracks, and improving those tracks.

Despite these subsidies, average Amtrak fares today are more than twice average airfares. Even if Haswell was right in 1969 that trains were more efficient at moving people, it is no longer true today. In 2018, Amtrak ticket fares averaged 33.1 cents per passenger mile while the airlines collected 13.7 cents per passenger mile. Driving costs about 25 cents a passenger mile, and probably less in intercity travel as autos tend to have higher occupancies for such travel. Amtrak’s high costs are partly due to the extra infrastructure required to run passenger trains but also due to the inefficiencies that come with government subsidies.

Amtrak inefficiencies are perpetuated by subsidies because there are constituencies for those inefficiencies, including unions, rail contractors, and local governments. America has more than 19,500 incorporated cities and Amtrak trains stop in only about 500 of them, but officials in many of those cities are prepared to swear before Congress that their towns vitally depend on Amtrak and so the residents of the other 19,000 cities should subsidize it.

This is how government grows out of control: someone fundamentally misunderstands a problem, calls for a new government program to correct that problem, and that government program becomes self‐​perpetuating because those who benefit from the waste are louder than those who pay the cost. Even Haswell admits that Amtrak has become a “legendary boondoggle” and that he is “personally embarrassed” by what he helped create.

By coincidence, the 40th anniversary of the Staggers Act, which deregulated and revitalized the railroads, took place just two weeks ago. Penn Central’s successor, Conrail, earned its first profits a year after the Staggers Act was passed, suggesting that Congress should have passed the Staggers Act, rather than the Railpax law, in 1970. The Staggers Act shows that government can become less obtrusive, but whether government can ever terminate funding for failed programs such as Amtrak has yet to be proven.