Today the Cato Institute placed an ad in major newspapers highlighting specific spending cuts that policymakers should make to restore our country’s fiscal sanity and economic stability. Our public call for policymakers to demonstrate leadership on spending cuts comes in the midst of the on‐​going battle on Capitol Hill over funding the government for the remainder of fiscal 2011.


A graphic at the top of the ad measures the $61 billion in cuts that Republicans have proposed against fiscal 2011 estimates for total spending, the deficit, and interest on the debt. As the graphic shows and the ad notes, it is clear that “leaders and members of both parties are in deep denial about the fiscal emergency we face.”


There are news reports that Republican and Democrat negotiators are heading toward a compromise figure of $33 billion in spending cuts. Let’s put that figure in perspective alongside the GOP’s original proposal to cut a whopping $61 billion: 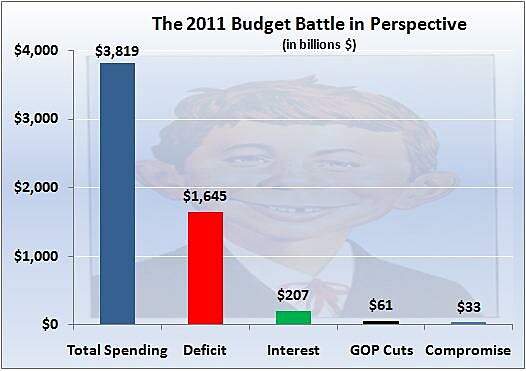