In the last decade and a half, Immigration and Customs Enforcement (ICE) has issued millions of “detainers,” requesting that state or local governments arrest and detain people that ICE is accusing of civil immigration infractions to provide ICE more time to come and assume custody of them. ICE agents assert that probable cause exists to arrest these people, but in many cases, they base their finding on nothing more than outdated and incomplete database checks.

The U.S. Court of Appeals for the Ninth Circuit will decide an appeal of a district court ruling that found that this practice of issuing detainers based solely on government databases violates the Fourth Amendment. To inform the court’s review, the Cato Institute filed an amicus brief providing evidence that ICE regularly issues detainers asserting that there is probable cause to arrest people for immigration violations who, in fact, are U.S. citizens.

According to ICE’s own records, it targeted 3,158 U.S. citizens from October 2002 to September 2019. But this figure dramatically undercounts the number of U.S. citizen targets because, among other things, ICE and immigration courts often fail to accurately update citizenship records after someone proves their citizenship status. Research by Cato and others across the country shows that ICE targets significantly higher numbers of U.S. citizens. For instance, roughly 1% of all detainers issued in Travis County, Texas were issued for U.S. citizens from October 2005 to August 2017. Extrapolated nationwide, that would translate to nearly 20,000 detainers targeting U.S. citizens during the same period.

The quantitative evidence overwhelmingly indicates that the U.S. government is regularly issuing immigration detainers for U.S. citizens. The qualitative evidence—the stories of Americans detained or even deported by ICE—provides a glimpse of the way these errors occur and the human toll they take on the Americans harmed by them. These individual cases highlight the devastating consequences—legal, social, and economic—suffered by U.S. citizens targeted by detainers and the difficulties they often face in vindicating their claims of citizenship. Additional safeguards are necessary to prevent more Americans from suffering a similar fate. 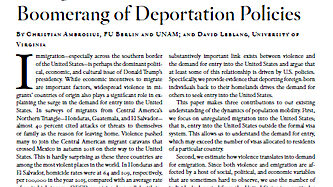