America’s payment system seems more like it belongs to a developing nation than to one of the wealthiest countries on the planet.

U.S. banks can still take three days or longer to grant customers access to their own deposits. That delay costs real money to many of this country’s poorest citizens, causing them to resort to high‐​interest payday and car title loans, or to endure costly bank overdraft fees.

Payment delays are a hidden driver of income inequality in America. Those who always have at least a couple thousand dollars in their bank accounts seldom have to worry about when payments get settled. But for the nearly half of Americans who live with little to no money in their bank account, the ramifications of waiting a few days for funds can be dire.

Poorer Americans have already lost more than $100 billion to payday lenders, check cashers, and bank overdraft fees during the 2010’s as a result of slow payments — something many Federal Reserve officials bemoan.

Yet the Fed itself deserves much of the blame for the slow pace of clearing U.S. payments. While other nations were modernizing their payment systems, the U.S. fell further and further behind.

For instance, the U.K. switched to instant or “real‐​time” payments beginning in 2007. Instead of moving quickly as the U.K. did, the Fed spent a full decade deciding how to proceed.

On the plus side, Fed officials finally made up their minds in August, announcing FedNow, the central bank’s own retail real‐​time payments service. Unfortunately, FedNow won’t be up and running for several years. And thus far, the Fed hasn’t announced making significant steps that could speed many payments up a lot sooner.

Those steps include improvements to the Fedwire and the National Settlement Service, two “wholesale” payment services the Fed uses to move funds between different banks. Unlike FedNow, which will eventually operate every day around the clock, Fedwire and the NSS keep limited weekday hours, and don’t open on weekends and holidays.

A recent change by the Fed to extend services for an extra 30 to 60 minutes is a step in the right direction, but it is both long overdue and far less than what is needed.

Most payments today, including direct deposits and bill payments made on the automated clearing house network, rely on either Fedwire or the NSS for completion. According to Nacha, which manages the ACH network, that network processed 23 billion payments worth $51 trillion, 178 million of which were completed within a single day in 2018. And ACH payments are expected to grow by more than 30% by 2025.

But limited Fedwire and NSS hours currently allow for only two ACH “payment windows” on weekdays (the extended hours will allow for a third). This means that payments not ordered early enough can’t be settled until the following weekday. This is a problem for West Coast residents especially.

And because Fedwire and the NSS aren’t open on weekends and holidays, many ACH payments can take several days to complete. The small scale changes announced by the Fed do not fix this problem.

Nor will FedNow quickly render ACH payments redundant when it finally goes live in by 2024. Banks will still have to hook up to the new network. And even if many quickly do so, there’s no telling just how rapidly and to what extent ACH payments will give way to FedNow payments.

Much the same applies to check payments. Although checks have gone entirely out of fashion in some countries — and their use here has fallen off considerably since the 1990s — checks remain popular, especially among the less computer‐​savvy, and in business‐​to‐​business payments. As recently as 2015, American’s wrote 18 billion checks.

Yet the last major improvement to U.S. check payments came in 2003, when Congress passed the Check 21 Act, allowing images of checks to be transmitted in place of paper checks. Thanks to that change, in which the Fed played the lead part, people can deposit checks with a smartphone.

But while Check 21 sped up check processing, many check payments are still ultimately settled using Fedwire and the NSS, so that check recipients can still wait days for their money.

Though it could make a huge difference, keeping Fedwire and NSS open longer is relatively easy. It’s also one of the few payment‐​system reforms that nearly all payments‐​industry stakeholders support.

For that reason, it was also one of the main recommendations of the 332‐​member Faster Payments Task Force the Fed established in 2015. Yet in deciding to launch FedNow — a far more ambitious and controversial project — Fed officials set aside the simpler reform, saying they needed more time to “explore” it.

The Fed’s decision to postpone one of the few implementable policy recommendations of its own task force is at best perplexing. At worst, it raises the concern that the Fed may simply not want to improve the speed and efficiency of retail payment networks that it eventually plans to compete against.

What tenants would applaud a landlord who proposed to add a spectacular penthouse to their rickety old building? Let’s not applaud the Fed’s fast payment plan until it puts its existing house in order. 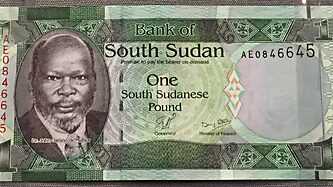