Australia is one of my favorite nations, and not just because the people are friendly. 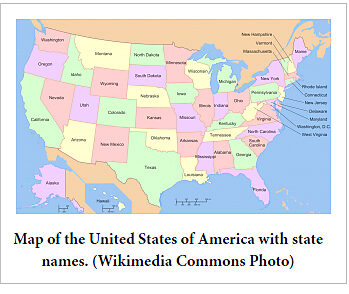 It has a modest-sized government, at least compared to other developed nations (see table 25 of this OECD data), and it has a very attractive private Social Security system that puts Australia in relatively good shape when looking at the long-run fiscal health of countries.

Indeed, this is one of the reasons why I picked Australia when asked which nation to choose if (when?) America suffers a Greek-style fiscal and economic collapse. 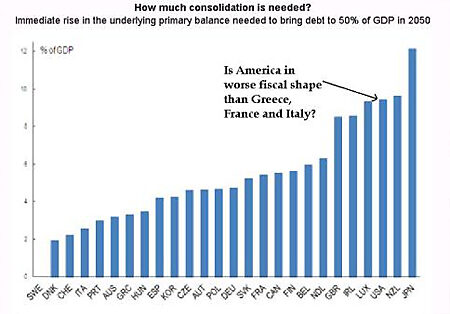 But this surely doesn’t mean that Australia has ideal public policy. It ranks #11 for economic freedom, which is better than America, but the Aussies trail first-place Hong Kong by more than one full point in the 1-10 scoring system.

That being said, Australia will probably move in the right direction if Prime Minister Malcolm Turnbull succeeds in his plan to implement real federalism by shrinking the central government and returning tax and spending authority to the states.

Here’s how an Australian media report characterized the issue.

“Returning income taxing power to the states would have resulted in a fierce interstate economic battle that would see Australians vote with their feet and move their lives across borders to get a better deal, economists warn.”

The reporter obviously is talking to left‐​wing economists. If she talked to sensible economists, the above sentence would end with “hope” rather than “warn.”

Here are some of the specific details.

“The Prime Minister met with state premiers and territory chief ministers yesterday to discuss his plan to lower the federal government’s income tax and have the states make up the rest by collecting their own tax, to do with which whatever they please. If his bold scheme had gone ahead, they would eventually have been able to set their own tax rates as well.”

Unfortunately, state‐​level politicians apparently are not happy with the notion of having real responsibility.

“… premiers and chief ministers weren’t keen and the idea is now off the table, for now, after Malcolm Turnbull conceded there was ‘nothing like a consensus.’”

Actually, there was a consensus of the state politicians. If you’ll allow me to provide a negative interpretation, they want the empty‐​suit job of taking money from the nation’s central government and then playing Santa Claus by distributing that money to various interest groups.

But I hope Turnbull isn’t giving up because of resistance by these hacks.

Here are some more excerpts that help to explain why he has a very good idea.

“What he had been attempting to do with the tax shift was to force more responsibility onto state governments, and encourage greater accountability to its voters. It’s a new way of funding school and hospitals and is also designed to encourage competition between the states and force them to operate more efficiently. It’s a model called competitive federalism, which allows states to battle it out over a range of issues to compete to provide their citizens with the best value goods and services at the best cost.”

And the reporter did talk to at least one good economist, my buddy Sinclair Davidson.

“RMIT economist Professor Sinclair Davidson explains … ‘At the moment, because the federal government has so much power over the revenue that goes into health and education, for example, there’s not much difference between the states … But once that changes, for people whose state’s bundles of goods and services don’t suit their needs, they can start looking around.’ With a mobile population threatening to abandon its state government, effectively stripping it of a major revenue supply, the voting public would have a lot more control over state governments, Prof Davidson says. … With state governments made more eager to please, it sounds like this new tax plan would be a win for voters, if those downward pressures on tax rates the system’s meant to encourage do come off.”

“Curtin University Associate Professor Helen Hodgson argues state tax competition could lead to a race to the bottom. ‘The biggest challenge that would emerge is if states chose to exercise the right to increase or decrease their income tax rates,’ she writes … Prof Hodgson says boosting migration between the states would put pressure on state governments to reduce their own rates as they compete to retain their populations, while ‘a general lowering of tax rates would defeat the stated intention of allowing states to raise additional funding for health and education.’”

Here’s some more analysis from a column in The Conversation.

“Malcolm Turnbull has called for a dramatic shift in Australia’s model of federalism … Many economists regard this as sensible and much‐​overdue reform … the argument is for a shift from a federal income tax to a state income tax. In principle, this can be done in a completely revenue‐​neutral way. … that would, on the whole, benefit Australian taxpayers because a more efficient tax system is a less costly tax system.”

But it wouldn’t benefit state politicians in Australia. With the exception of Western Australia’s Colin Barnett, they don’t like accountability and responsibility. “[S]tate premiers … hated the idea. It’s important to understand why. This is not because the idea is bad for the citizens of the states, with the premiers being outraged on their behalf. Rather it is because it is bad for the political classes themselves, and the premiers in particular.”

Citing the groundbreaking work of economist Charles Tiebout, the article includes a description of why tax competition between sub‐​national governments is desirable.

“The basic idea is that the states compete with each other by offering bundles of public goods at different prices (i.e. taxes). This is the significance of the state‐​level income tax. Victoria, for example, may offer very high levels of public services, but also at a high price through high state income taxes. NSW may offer more moderate public services, but also much lighter taxes. What happens next is that citizens sort themselves over the states according to their preferences. Those who value high levels of public services move to Victoria, where they pay that marginal valuation in high taxes. Citizens with preferences for lower levels of public services and also taxes move to NSW. This is a market, not a political, model of local public goods. Economists like it because it encourages competition between the states to provide an efficient bundle of public goods and services at a point that voters (as consumers) are willing to pay. This competition tends to produce an efficient outcome.”

Here’s the bottom line. The current system creates a perverse incentive for state officials to endlessly whine for more money. Putting state governments in charge creates an appropriate balance of responsibility and accountability.

“That is not the situation we have now. Premiers are incentivised to represent their citizens as all wanting the maximum amount of public goods and services, because someone else is paying for them. State income taxes (coupled with reduced federal income taxes) are a way of implementing this mechanism. The main winners from this will be the 7 million or so Australian taxpayers, because it will deliver a much more efficient supply of public goods and services. The main losers will be the state and territory premiers, because they will have to compete in the market for political goods and services.”

Heaven forbid, politicians actually having to collect and spend their own money. Especially in a system where taxpayers can look across state borders to see which states are doing a bad job or good job (think Texas vs. California). How cruel that would be! They would be forced … gasp … to compete.

But let’s set aside sarcasm. It’s worth noting that the most decentralized major economy is Switzerland, and that system has worked quite well.

And the United States also compares favorably with other developed nations, even though we’ve allowed Washington to grab powers that more properly belong at the state level (or in the private sector).

Hopefully, Turnbull’s plan in Australia will move forward and create additional evidence that America should return to the more robust federalist system that our Founders envisioned.