From celebrities to the local chamber of commerce, everyone is urging us to ease small retailers’ misery by buying gift cards from our favorite local shops and restaurants. Not only will we give ourselves something to look forward to after things reopen, but we’ll be helping hard‐​hit small businesses make it past the cash crunch.

I’m the last one to discourage these gestures. I wish I could be like the generous benefactor who spent $82,000 on gift cards from a grocery store and two restaurants in Earlham, Iowa, population 1,450, then sent local households $150 worth apiece.

But one note of caution, especially if you’re a merchant thinking of issuing gift cards for the first time. Gift card regulations are, as Bloomberg Law once put it, “the gift that keeps giving…to lawyers.”

Especially in litigation‐​friendly states, such as California and Illinois, private attorneys stand ready to file freelance suits claiming that you didn’t get the practices or disclosures right on expiration or fees or “dormancy” or balance refunds and will need to cough up a class action settlement. (The lawyers’ fees, of course, will be payable in cold cash, not card credits.) But no state is a safety zone, thanks to federal law. When the national government waded into the already crowded field with its own 2009 consumer protection statute, it heeded progressives’ wishes by layering its new gift card rules on top of the varied state rules, rather than replacing or pre‐​empting them.

Where the rules aren’t explicit, there are lawyers eager to exploit the ambiguities. Disability law, for example, is silent on whether you need to issue at least one version of your card with a Braille translation, but that silence has not prevented eager attorneys from filing hundreds of lawsuits claiming that cards aren’t accessible to the blind under the Americans with Disabilities Act and its state equivalents. So be prepared to write out another settlement check for that if need be.

Happily, that federal law did exempt some kinds of store cards, notably those issued in paper format only. (Good news for those businesses whose customer relationships still haven’t moved online.) Likewise, smaller businesses probably don’t need to worry much about one of the more esoteric gift card legal exposures: the fact that federal financial regulators see them as a dangerous method of money laundering and are ready to prosecute high‐​dollar dealings. If you’re a local business that issues cards in small denominations only, and if you don’t let any single purchaser spend $10,000 or more on them, you’re probably OK on this front.

I’ve saved the worst for last. It’s the obscure realm of state‐​level legal authority known as unclaimed property law, or “escheatment.” According to some state governments—Delaware is the most zealous about this, but other states have joined in—a gift card that never gets redeemed isn’t just a pleasant windfall for the merchant. It’s a form of “unclaimed property,” just like a bank account or stock share whose original owner loses or abandons it.

That means all of it—the whole sum—becomes the property of the state.

States like Delaware send in audit teams that calculate how much outstanding gift card obligation is on your books and apply complex formulas to guess what portion of it is likely to go unredeemed. They then demand that you pay that sum to them, not to any customer. Even if you negotiate them down, you’ll probably be writing checks to your accountant and your lawyer.

That casts a particularly bleak light on one of the kindest motives for buying a gift card from a struggling small business. Were you thinking you might throw it in the back of a drawer and never get around to using it at all, as a kind of tip to an enterprise that has brought you happiness over the years? Depending on what state you live in, you might actually be tipping your state tax authorities. The merchant you wanted to help would instead get hassled.

This would be a good time for lawmakers to revisit both the overregulation of gift cards in general and the application of unclaimed‐​property law to them in particular. 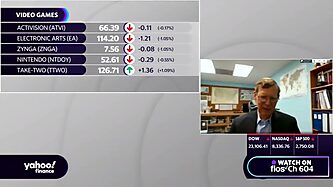 John A. Allison discusses re‐​opening the economy on Yahoo! Finance

States Should Give Businesses the Flexibility to Reopen Amid Coronavirus Pandemic