The conservative and libertarian intellectual movements that arose after World War II have their well‐​known founders—F.A. Hayek, William F. Buckley, Jr., Milton Friedman, among others. But behind the scenes, working especially with the movements’ emerging institutions, were many less celebrated figures. One such was the late Gerrit H. Wormhoudt (1926–2009). Born in Iowa, he was a man of the heartland and a member of the Greatest Generation, serving in the war before earning his undergraduate and law degrees from Northwestern University. His lifelong legal practice in Wichita, Kansas, brought him before many federal courts, including the Supreme Court. But it was the way he mentored and inspired younger generations with his immense legal erudition that especially distinguishes his career.

Given that, it’s no surprise that I met Gerrit early in my own career, in the 1970s, at a Liberty Fund‐​sponsored conference of the Institute for Humane Studies. It was clear immediately that he was a lawyer steeped not only in the law but in its intellectual foundations. Nor is it a surprise to find William “Chip” Mellor, cofounder of the Institute for Justice, writing in the introduction to the new Jameson Books edition of Wormhoudt’s writings, Opting Out: It All Begins and Ends with Education, that Gerrit’s advice was “indispensable” to IJ’s founding. He sat on that organization’s board from the beginning.

Since the book is about law throughout, especially constitutional law, its title might seem deceptive. It’s not. At bottom, it demonstrates how changing constitutional and cultural understandings have facilitated educational and cultural institutions that have, in turn, undermined the liberties the Constitution was written to secure. Opting Out is as much about education as law, about the connection between the two, and about the need, as the title suggests, to leave those corrupting institutions.

Because this is not the work of a single or several sittings by the author, but rather an edited collection of his writings, speeches, and testimony running from 1970 through 2008 (albeit with his organizational input late in life), it has a certain unevenness about it, and there is some repetition. But the thesis is clear, and clearly summarized in Part I’s Preface.

There Wormhoudt writes: “In 1787, the American people were primarily concerned about what government could do to them, rather than what it could do for them.” But knowledge of that culture “is no longer a significant part of the curriculum of our educational institutions at any level.” Thus, public discourse about government today usually assumes it has always been as it now is: effectively unconstrained democracy unless it intrudes on select liberties.

The primary beneficiaries of this regime, he writes, are “members of our information industries: those employed in educational institutions, the media, and the arts,” each with immeasurable power over the electorate concerning the workings of the political processes. “Inevitably, there is a close correlation between the extent of the power of information industries to shape our beliefs and the power of government to shape our lives.”

When government also assumes the role of educator, the correlation of interests between the government and the information industries gives way to a convergence of power with a unified stake in ignoring the culture and the model of limited government that gave birth to this nation.

The balance of the book defends that thesis, in three parts. Part I, “Another Autobiography of an Ex‐​Law Student”—a phrase cribbed from a 1934 article by Robert Maynard Hutchins about his experience at the Yale Law School—appeared in 2008 and is likely Wormhoudt’s final writing. Reflecting a long life in the law and the culture that has shaped it, this section details the constitutional developments that have vastly expanded government and constricted our liberty. Given that broad constitutional context, Part II, “Liberty Begins and Ends with Education,” zeroes in on the implications for education, focusing especially on the transformation from private education to government schools. Part III, “Rule of Law and the Common Law Tradition,” reminds us of how it was and how it does not have to be as it now is.

With his thesis before us, the author moves toward developing it by first tracing his own educational odyssey, starting with his experience before going off to college. He describes what once was a commonplace in America: the understanding that government was force, thus it had to be restrained by a constitution, as ours did. Although ours was “stretched a bit” in the 1930s and during the Second World War, those were drastic emergency measures, meant originally to be temporary. With postwar prosperity, despite the Cold War, McCarthyism, and Jim Crow, “we comfortably assumed the Constitution was still pretty much in place, at least until we went to college.”

It was there, as a Northwestern undergraduate, that Wormhoudt learned that the Constitution had always been a living thing, flexibly adapted to meet the current needs of the nation by empowering expert administrators, drawing on the social sciences, to attend to the ever‐​expanding duty of the federal government to “do more for the victims of a flawed society and the inequalities of a capitalist economy.”

On to law school, where the author learned the rationale for that vision. It began not with the Constitution but with “constitutional law” and Marbury v. Madison (1803), foretelling judicial supremacy. A litany of doctrines followed: the primacy of process, especially democratic process; the boundless scope of the taxing and commerce powers; the ambiguity of the Due Process Clauses; judicial scrutiny theory, privileging the “fundamental rights” so enjoyed by the educational, media, and arts industries while at the same time devaluing economic liberty; the rise of federal labor law; the retreat of common law; and the dismissal of our first 150 years of constitutional jurisprudence.

It was then that Wormhoudt’s true education began—through independent study. The struggle to master the law‐​school curriculum, he writes, had rendered those who went through it oblivious to the immense disparity between America’s original design for individual freedom and responsibility under the common law and limited government, and the modern world of never‐​ending social policy mandates. Thus, his quest to recapture that vision, which takes him to the moral and political theory underpinning our constitutional design, drawn clearly from the Federalist, then through the ensuing constitutional history, from slavery to federalism, eminent domain, and more, all of which disabused him of his earlier “schooling.”

Shaping the Character of the Citizenry

Traced in these pages is the country’s transition from private to public control of education, including through conditional grants and subsidies: What resulted was a massive educational establishment craving ever more political power, ever more tax dollars, and ever tighter control over the shaping of our institutions and the minds and character of our citizens, including those in the media and arts who inform us and frame our culture.

The educational behemoth obscured, and still obscures, the primeval right and duty of parents “to control the development of the minds and character of their children,” writes Wormhoudt. While the courts have held that parents may not be compelled to discharge their duty through public schools, their right to choose private education is mostly illusory today because they will continue to be taxed to support public schools.

That observation leads the author to contrast the rights and duties that would obtain under private contractual arrangements for education with those found pursuant to “the right to public education”—better characterized, he argues, as a “dispensation of public schooling.” In the private law realm, parents are largely free to educate their children as they think best. By contrast, when government force brings on public schooling, not only do differences end up in court, with judges making what are essentially legislative decisions, but unleashed also, with stifling consequences, is “governmental power over the formation of thought and belief.”

A Wormhoudt essay from 1972 is particularly cogent in detailing the many ways government policies have ensured the near‐​monopoly of public education by making it difficult for private schools at all levels to compete. Alone worth the price of the book is a 1995 college commencement address in which he outlines the theory and history of the Constitution. His 1987 article on tort reform, written for the Constitution’s bicentennial, explores the relation between the common law and courts of equity in England, the better to understand the Founders’ concern to avoid the discretion found in the latter, itself a function of their natural rights roots.

In a lecture from the 1970s, Wormhoudt attributes the devaluation of our money and our law largely to “government‐​issued” education. He uses a 1989 Law Day essay, “Access to Justice,” to argue that any such “problem” is a function of our belief that “justice” requires “constant governmental efforts to rectify the vicissitudes of human existence.” The final chapter reproduces the testimony Wormhoudt submitted to the Kansas House of Representatives in 2005, pointing to the many constitutional problems that arose after the Kansas Supreme Court, responding to a suit, ordered the state legislature to double its spending on K through 12 education.

I close with the author’s corrective proposals, which begin with the recognition that, realistically, any restoration of freedom under constitutional order can occur only incrementally,

through processes that permit individuals to opt out of the programs and regulations that have been imposed and created ostensibly for beneficent reasons, but that in fact have spawned overwhelming bureaucracies that exist for the benefit of, and are supported by, their discrete factions.

Wormhoudt would begin this opt‐​out process with education, by addressing the practical problem: Most parents cannot afford to send their children to private schools while being taxed for government schools. Thus, he would allow parents, at least while their children are of school age, not simply to opt out of government schools, which they can do now, but to retain the tax funds that would otherwise be required to finance those schools, thereby enabling parents to afford private education.

But he doesn’t stop there. More broadly, to maximize individual choice in any number of areas, the author proposes allowing anyone to forego, for example, the future benefits of a welfare program in exchange for retaining the relevant tax funds. On the regulatory side, every adult, Wormhoudt argues, should be free to disclaim the protection of licensing requirements and regulations that restrict choice, unless opting out would be hazardous to the health and safety of others. And he would allow taxpayers to opt out of our incomprehensible tax laws and opt in to a simplified flat tax that would enable taxpayers to see any changes and vote accordingly—all of this aimed at increasing individual choice and reducing the role of government in our lives.

These educational and tax proposals are not entirely new, of course. But the focus on the role of government schooling in shaping the so‐​called Overton window is both instructive and important: Witness everything from curricular decisions, teacher union strikes, political activism, and more. Markets increase choices, yet in the realm of education, concerning the intimate duties of parents toward their children, we have largely eliminated choices and the freedom they entail. In so doing, we have enabled a near‐​monopoly, governmental schooling, to shape our culture and, in the process, undermine America’s Founding principles. This cannot end well. Given the momentum that organizations like the Institute for Justice have created in recent years toward expanding educational choice, it’s time to take seriously the idea of opting out, toward which Gerrit Wormhoudt’s writings are an invaluable guide.

The Government Has a Lot More Emergency Powers Than Libertarians Like, but It Still Can’t Control Everything 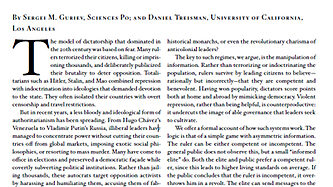 Americans Should Remember the Ninth Amendment