The “Consumer Freedom Amendment” Sen. Ted Cruz (R‐​Texas) has offered to the Senate healthcare bill would make access to healthcare more secure for patients who develop expensive conditions. Critics of the amendment fail to understand how health insurance markets work.

The Cruz amendment would allow individuals to opt out of ObamaCare’s costly health-insurance regulations — but only if insurers simultaneously offered ObamaCare-compliant plans to all comers, including patients with preexisting conditions.

Sen. Shelley Moore Capito(R-W.V.) says the amendment “would make it too difficult for people with pre-existing conditions to get coverage.” Sen. Chuck Grassley (R-Iowa) commented, “If it … has the effect of annihilating the pre-existing condition requirement that we have in the existing bill, then obviously I would object to that.” 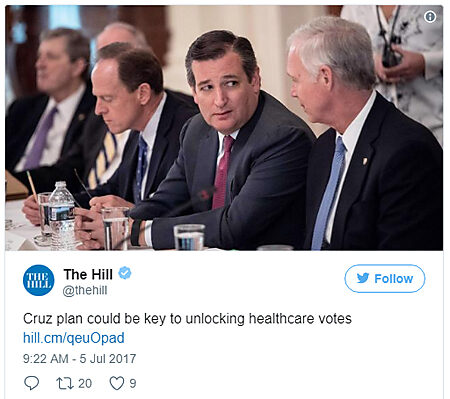 In fact, it is the “preexisting condition requirement” these senators want to protect that is jeopardizing access to care for the sick.

ObamaCare’s preexisting-conditions provisions are no more than government price controls. These “community rating” price controls force insurers to charge all enrollees of a given age the same premium, regardless of health status. But forcing insurers to charge healthy people more, and sick people less, than they cost to cover creates more problems than it solves.

If ever there were a litmus test about whether a politician supports ObamaCare, the Cruz amendment is it.

ObamaCare’s price controls injected adverse selection into the individual market and are therefore a driving force behind the doubling of individual-market premiums nationwide since 2013. Average premiums have increased 110 percent in Iowa and 169 percent in West Virginia.

Harvard economists concluded sick patients “cannot be adequately insured” in the Exchanges because ObamaCare’s price controls literally penalize insurers for offering high-quality coverage for the sick, and those penalties have predictably triggered a race to the bottom. Patient groups complain this dynamic, with its narrow networks and restrictive formularies, “completely undermines the goal of the ACA.” 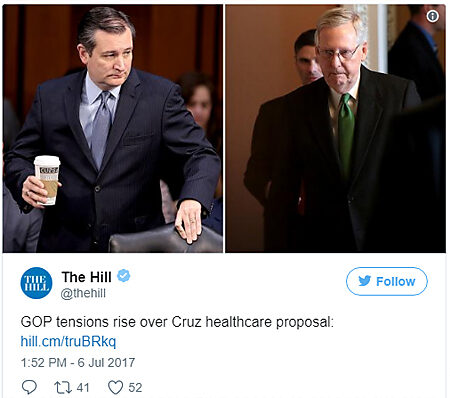 ObamaCare's price controls are also reducing choice by driving insurers from the market. The number of insurers participating in the 38 federally run Exchanges has fallen 50 percent since 2016.

Capito and Grassley are literally defending regulations that reduce choice, increase premiums, and make coverage worse for the sick, until coverage disappears altogether in an adverse-selection death spiral.

The Cruz amendment would instantly stabilize the individual market the only way anyone can: by freeing markets from ObamaCare's price controls and other regulations and letting insurers charge premiums that correspond to risk. 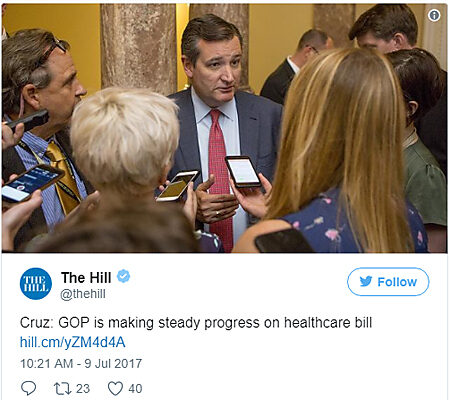 Absent ObamaCare's health-insurance regulations, premiums would fall for the vast majority of Exchange enrollees by an estimated 45-68 percent. It would allow insurers to reintroduce innovative products, which ObamaCare effectively outlawed, that would reduce premiums a further 80 percent(!). Consumers could purchase long-term, guaranteed-renewable coverage that protects them from premium spikes when they fall ill, provides coverage more comprehensive than ObamaCare, and is more secure than employer coverage. Risk-based premiums stabilize insurance markets and enable these quality improvements. They are consumer protections.

A few million people would see their premiums rise under the Cruz amendment. But the tens of millions who would demand higher-quality, lower-cost non-ObamaCare plans could access such coverage only if their insurer also offered plans that follow ObamaCare's rules regarding preexisting conditions, and insurers would offer those plans only if they received adequate government subsidies.

Capito and Grassley may worry the government won't provide insurers sufficient funding to make it all work. But consider: Republican lawmakers, the health-insurance lobby, and tens of millions of voters would all be invested in making it work — and Democrats almost never say no to more taxpayer dollars for healthcare. There are even ways of boosting subsidies for such plans without increasing total spending under the Senate bill.