After evacuations bogged down during 2008 wildfires near the town of Paradise, California, a grand jury warned that Butte County needed to upgrade evacuation routes, which then consisted of three two‐​lane roads and a four‐​lane road. Instead, officials put the four‐​lane road on a “road diet,” reducing it to two lanes of travel. Obstacles known as “traffic calming measures” were installed throughout the town, including bulb-out’s, center medians, and extended sidewalks.

These measures were taken in the name of safety but they were far from safe. When the Camp Fire obliterated the town in 2018, many people were unable to evacuate due to congestion. Eighty‐​six people died, some of them in their cars as they tried to flee.

Despite experiences like this, more than 1,500 American jurisdictions, ranging from New York and Los Angeles to small towns like Waverly, Iowa, are using road diets and similar measures that reduce the capacity of streets to move traffic. It’s all in the name of “vision zero,” a planning fad that claims slowing traffic will reduce accidents and fatalities. In fact, it is increasing them.

Rather than follow the latest planning fads, American cities should improve safety, increase mobility, and protect the environment by relieving congestion, not increasing it.

The mass‐​produced automobile is one of the greatest inventions in American history because it brought both physical and economic mobility to the masses. These benefits were accompanied by pollution and safety issues, but such problems have dramatically declined. Cars today are 99 percent cleaner than cars in 1970, and fatality rates per 100 million vehicle miles have declined more than 75 percent.

Vehicle fatalities did increase in 2015 and 2016, which has given momentum to the vision zero movement. However, they dropped again in 2017 and 2018. Before setting policy, we have to understand why they increased in those two years.

The numbers reveal that fatalities plummeted 21 percent after the 2008 financial crisis. This was because total driving fell by 2.3 percent, reducing congestion and apparently increasing safety. When driving and congestion increased again during the economic recovery, fatalities also increased, though not by as much as they had declined.

This suggests that small reductions in traffic congestion can save many lives. Congestion especially makes intersections and streets more dangerous for pedestrians and cyclists.

Congestion kills in another way as well: by delaying emergency service vehicles. Americans suffer almost ten times as many sudden cardiac arrests as traffic fatalities. If emergency medical technicians reach someone within four minutes of a sudden cardiac arrest, their chances of survival are better than 60 percent, but if it takes five minutes or more, survival drops below 30 percent.

Studies have found that for every pedestrian whose life might be saved by slowing traffic, anywhere from 35 to 85 people will die from sudden cardiac arrest due to delayed emergency response. This doesn’t even count other medical emergencies, structure fires, or other emergency service needs.

Most of the prescriptions offered by those who believe that “cars are death machines” — reducing speed limits, restricting right turns on red lights, and converting auto lanes to bicycle or bus‐​only lanes — increase congestion, but aren’t necessarily safe.

If road diets don’t increase safety, why do so many support them? Phillip Washington, CEO of the Los Angeles Metro transit agency, which wants to turn street lanes into bus‐​only lanes, answered the question: “It’s too easy to drive.” Getting more people onto transit means “making driving harder.”

Calculations using the Department of Transportation’s National Transit Database reveal that transit in Los Angeles and most cities not named New York uses more energy and emits more greenhouse gases per passenger mile than the average car or SUV. Autos use even more energy and pollute the most in congested traffic, so increasing congestion or forcing people onto transit are the wrong ways to protect the environment.

Every traffic fatality is a tragedy, which makes it vitally important that we make streets safer, not merely more congested. Rather than follow the latest planning fads, American cities should improve safety, increase mobility, and protect the environment by relieving congestion, not increasing it.

The Obama Administration Destroyed Libya. Could Trump Make It Worse? 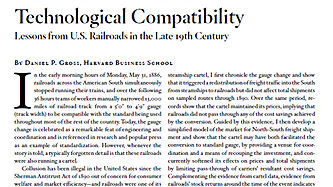