A recent Science article with the catchy title “Classroom Confusion” is as fine a case of political spin as one can find. The study it reports is actually pretty good, but the report is atrocious. There is an important message here, because the topic is climate change, which is arguably the most political scientific debate in history. This is spin over science. 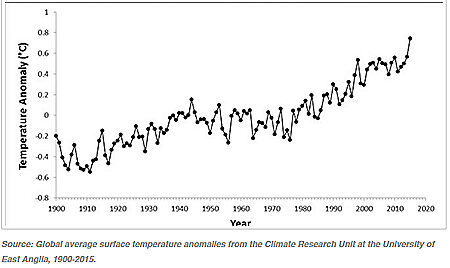 The study is a modest survey of middle and high school science teachers, about 1500 in all, conducted by the Penn State Survey Research Center. Unlike prior surveys, this one involves a lot of selection of respondents and weighting of responses. The goal is to match the small sample to the actual demographics of American education. It is an elaborate and interesting process but this has nothing to do with the questions asked in the survey, which is where the spin comes in.

They apparently ask two kinds of questions. (Strangely, the survey questions are not provided in the online Supplementary Materials.)

Rather than being settled, the question of how much of global warming is due to human activity, and how much is from other causes is still unanswered.

The first are procedural questions. These have do with such things as whether global warming is included in the curriculum and if so, how much time is taken, how much the debate is discussed, etc. The findings are that global warming is widely discussed, but typically for just a few class sessions. This makes sense because the issue is widely known, but the science curriculum is very crowded.

Then there apparently are a bunch of questions about the teacher. This is a bit murky but the focus seems to be how much the teacher knows about the global warming issues and what they think about them. This is where the spin begins.

The problem is that the authors are proponents of the dogmatic view that there is a ‘consensus’ within science, according to which humans are the dominant cause of (dangerous) global warming. The problem with that synthesis is evident in any graph showing global surface average temperature since 1900, shown above.

There’s clearly a substantial warming early in the 20th Century, roughly from 1910 to 1945. This was largely before the major emissions of carbon dioxide, which commenced with the War, so that’s not likely to be caused by human activity. The second period of warming, from the late 1970s through the late 90s is of similar magnitude and certainly does have some characteristics that would largely (though not completely) associate it with emissions, but it cannot be distinguished in magnitude from the earlier warming (Note the spikes in 1998 and 2015 are caused by strong El Niño events. Because of that, it is not clear that the world has indeed resumed warming at the previous rate.)

The bottom line is—given the caveat about 2015—it would appear that as much warming occurred naturally as could be attributed to human activity.

The authors of the Science paper ignore this. When they found that many teachers do not agree and are teaching that a substantial component of global warming may be natural, they went on a bit of a rhetorical rampage, accusing the teachers of being ignorant and confused.

This grossly unscientific behavior is probably explained by the presence of the National Center for Science Education. NCSE is a political activist organization, not a science shop. They are strident proponents of the dogmatic ‘consensus’ view. It appears that NCSE funded this study, plus providing three of the five co‐​authors. So no wonder it is stridently political.

In short, the title “classroom confusion” is a political statement, not a scientific finding. Much of the article is similarly political. Science should not have published this article, because it is not science. The scientific finding is that the climate debate is alive and well in the classroom, as it is in the nation. This is good news.

Not surprisingly, reports have amplified the article’s error. For example, a Washington Post article on this study begins with the title: “How teachers are getting it wrong on climate change.” The very first sentence then claims that the idea that global warming may be a natural process is an “incorrect idea.” It’s very clear from the data shown above that a substantial portion indeed is not because of carbon dioxide emissions.

Rather than being settled, the question of how much of global warming is due to human activity, and how much is from other causes is still unanswered. Teachers who recognize this are hardly espousing an “incorrect idea.”