Democrats accuse President Trump of abuse of executive power and “thinking he is a dictator.” But then, Republicans made similar charges about President Obama. They all have a point.

At least since the administration of Franklin D. Roosevelt, there has been a flow of power from civil society to government, from the states to the federal government, and from Congress to the executive branch. But a recent newspaper headline reminded me of some other headlines that tell a story. Here’s a Newsday headline from 2011:

Obama: If Congress Won’t Act, I Will

Obama told an audience that his administration would “look every single day to figure out what we can do, without Congress. ... We can’t wait for Congress to do its job, so where they won’t act, I will.”

Now we might say that he knew better. As a professor of constitutional law, he surely had read the Constitution and the Federalist Papers. And more than once when he was asked why he had not done more on immigration reform, he said, “I am president, I am not king. I can’t do these things just by myself.” 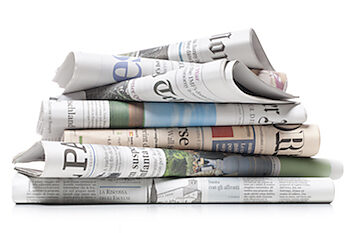 But he got over that constitutional hesitation. By 2014 he was declaring, “We’re not just going to be waiting for legislation in order to make sure that we’re providing Americans the kind of help they need. I’ve got a pen and I’ve got a phone, and I can use that pen to sign executive orders and take executive actions and administrative actions.”

By executive order he created the Deferred Action for Childhood Arrivals (DACA). After Congress declined to pass cap-and-trade legislation, his Environmental Protection Agency on its own authority issued the Clean Power Plan requiring states to develop regulatory plans to reduce carbon dioxide emissions. The liberal legal scholar Laurence Tribe told Congress, “EPA is attempting an unconstitutional trifecta: usurping the prerogatives of the states, Congress and the federal courts all at once.”

Meanwhile, he waived inconvenient portions of the Affordable Care Act. He claimed and exercised the power to assassinate U.S. citizens without due process. Tribe wasn’t the only civil libertarian worried about these abuses of executive and regulatory power. And as the prospect of either Hillary Clinton or Donald Trump assuming the powers of the presidency loomed, numerous observers began to say, as Conor Friedersdorf wrote in the Atlantic:

Tyrant-Proof the White House — Before It’s Too Late

Friedersdorf addressed President Obama: “Your successor is highly likely to be less trustworthy and more corruptible than you were. Insofar as you can, limit his or her ability to violate liberties or hide atrocities before you go.” He also asked members of Congress, “why not begin reining in the power of the executive branch now, when the possibility of bipartisan cooperation on such a project is at its height?”

But no one did, of course. And so we arrive at my third headline, from the Washington Post in June:

President Trump is now taking advantage of the ever-more-powerful presidency bequeathed to him by his predecessors. He is waging war in Saudi Arabia and Yemen without congressional authorization. He is unilaterally raising tariffs (taxes) on American businesses and consumers, which is unfortunately authorized by congressional statute. He is threatening to misuse his power to deal with an “unusual and extraordinary threat” to block technology trade with Chinese firms.

He is claiming the power to pardon himself and to shut down criminal investigations of himself and his subordinates. He is pressuring the U.S. Postal Service to penalize Amazon.com in retaliation for critical stories in the Washington Post, which is owned by Amazon founder Jeff Bezos.

It’s good that liberals and Democrats are worried about President Trump’s abuse of executive power. But the problem is institutional as much as personal. Democrats should have joined in efforts to rein in presidential authority during the Obama administration.

Will Republicans, who have long called for limiting presidential and agency power, be more principled now that the president is a Republican? There should be a bipartisan movement among members of Congress to reassert their powers as the body to which the Constitution assigns “all legislative Powers herein granted.”