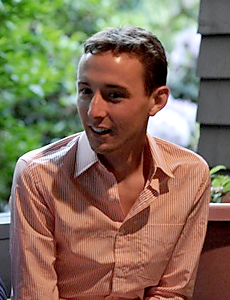 Tyler Beck Goodspeed is an adjunct scholar at the Cato Institute’s Center for Monetary and Financial Alternatives and a member of the Council of Economic Advisers. He was formerly a lecturer in economics in the Department of Political Economy at King’s College London, as well as a junior research fellow in economics at the University of Oxford. His primary research and teaching interests are in the fields of economic and financial history and monetary economics, with secondary interests in political economy, development, and the history of economic thought.

His book Legislating Instability (Harvard University Press, 2016) examines the effects of unlimited liability and regulatory capture on financial stability in “free banking” Scotland. Goodspeed studied the market for small loans during the Great Famine of Ireland in his most recent book, Famine and Finance (Palgrave Macmillan, 2017), as well as in companion articles in the Journal of Development Economics and World Bank Economic Review. Tyler’s current research focuses on 18th‐ and 19‐​century British and North American economic history, with particular attention to informal banking and the political economy of financial regulation, as well as to long‐​run economic development. Previously, in his first book, Rethinking the Keynesian Revolution (Oxford University Press, 2012), he analyzed the debates between John Maynard Keynes and F. A. Hayek and considered the relevance of those debates to contemporary monetary economics.

Lessons from the Ayr Bank Failure