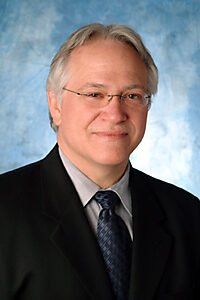 Mr. Corn‐​Revere is a partner in the Washington, D.C. office of Davis Wright Tremaine LLP, specializing in First Amendment, Internet and communications law. He has served as counsel in First Amendment litigation involving the Communications Decency Act, the Child Online Protection Act, Internet content filtering in public libraries, public broadcasting regulations and export controls on encryption software. In 1999 Mr. Corn‐​Revere was listed on a 30th Anniversary Roll of Honor by the American Library Association Office of Intellectual Freedom and Freedom to Read Foundation for his role as lead counsel in Mainstream Loudoun v. Board of Trustees of the Loudoun County Library. He successfully argued United States v. Playboy Entertainment Group, Inc., 529 U.S. 803 (2000), in which the United States Supreme Court struck down Section 505 of the Telecommunications Act of 1996 as a violation of the First Amendment. Mr. Corn‐​Revere also served as lead counsel in Motion Picture Association v. FCC, 309 F.3d 796 (D.C. Cir. 2002), in which the U.S. Court of Appeals for the District of Columbia Circuit vacated video description rules imposed on networks by the FCC.

Before joining Davis Wright Tremaine L.L.P. in March 2003, Mr. Corn‐​Revere was a partner at Hogan & Hartson L.L.P. in Washington D.C. from 1994 to 2003. Before that, he served as Chief Counsel to Interim Chairman James H. Quello of the Federal Communications Commission. Previously, from 1990 until 1993, he was Commissioner Quello’s Legal Advisor. He has written extensively on First Amendment, Internet and communications‐​related issues and is a frequent speaker at professional conferences. He is co‐​author of a three‐​volume treatise entitled Modern Communications Law, published by West Publishing Company, and is Editor and co‐​author of the book, Rationales & RationalizationsR, published in 1997. He is a member of the Editorial Advisory Board of Pike & Fischer’s INTERNET LAW & REGULATION. From 1987 to 2001 Mr. Corn‐​Revere taught at the Communications Law Institute of the Columbus School of Law, Catholic University of America. He is Chairman of the Media Institute’s First Amendment Advisory Council and is a member of the Institute’s Board of Trustees. From 2000 – 2002, Mr. Corn‐​Revere served on the Board of Trustees of the Freedom to Read Foundation, affiliated with the American Library Association.

To Confront the Assassin’s Veto, or to Ratify It?

Robert Corn‐​Revere participates in the event,“Hot Topics in Free Speech and Free Press 2019,” hosted by the ABA Section of Civil Rights and Social Justice

The Supreme Court: Past and Prologue: Welcoming Remarks, Introduction and Panel I: First Amendment Challenges

Robert Corn‐​Revere participates in the event “Free Speech: Still the ‘American Way’?” hosted by the Newseum