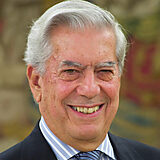 Mario Vargas Llosa won the Nobel Prize in Literature in 2010 “for his cartography of structures of power and his trenchant images of the individual’s resistance, revolt, and defeat.” The novelist and former Peruvian presidential candidate is Latin America’s most prominent classical liberal, having long advocated for individual liberty and free markets. Cato’s Ian Vásquez, the director of the Institute’s Center for Global Liberty and Prosperity, wrote that “The award is a huge boost for liberty in Latin America.”

Vargas Llosa spoke at Cato in 2006, on the nexus of culture, law and Latin America, as well as in 1999, on the future of liberty in Latin America. He contributed to Global Fortune: The Stumble and Rise of World Capitalism, published by the Cato Institute and edited by Ian Vásquez. Excerpts from his writings and speeches have also been featured in Cato Policy Report and executive vice president David Boaz’s books The Libertarian Reader and Toward Liberty: The Idea That Is Changing the World. 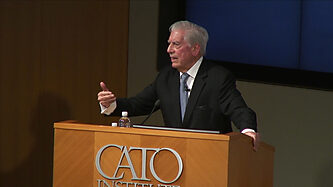 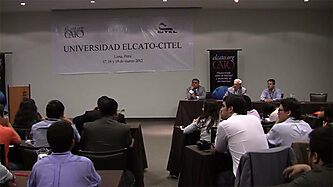 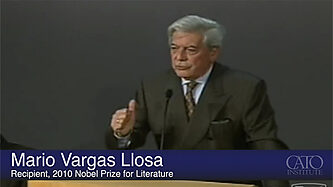 Mario Vargas Llosa speaks at the Cato Institute in 2006.

Why Does Latin America Fail?