The Cato Institute is launching a new project that critically evaluates California’s efforts to address inequality and poverty.

The two‐​year‐​long project will analyze various laws, rules, and regulations currently in effect in the state to determine whether these policies are truly helping residents move up the economic ladder and out of poverty.

The project continues research started by senior fellow Michael Tanner for his book The Inclusive Economy: How to Bring Wealth to America’s Poor, published by the Cato Institute late last year.

“What I found in writing the book was that our current efforts have been focused on the mere alleviation of poverty, making sure that the poor have food and shelter,” said Tanner. “That is a necessary part of anti‐​poverty work, but it is far from sufficient. To be effective, anti‐​poverty programs should seek not just to alleviate poverty’s symptoms, but to eradicate the disease itself.”

Tanner says that doing a thorough analysis of what works and what doesn’t in California could provide important information to California policy makers, as well as valuable insights to other states as they work to address similar problems.

“While many Americans think of California in terms of Silicon Valley, Hollywood, and Beverly Hills, the state actually has the highest poverty rate in the country,” said Tanner. “California is frequently held up as a potential economic model for the nation. But when it comes to fighting poverty and inequality, the Golden State has fallen short.”

The Project on Poverty and Inequality in California will investigate the impact that the state’s policies have had in five critical areas:

Tanner plans extensive visits to California to meet with stakeholders, including state‐​level elected officials, interest groups, and individuals who are affected by current policy.

This research is being made possible in part by a generous grant from David L. Steffy, a healthcare entrepreneur and philanthropist, through the Orange County Community Foundation. 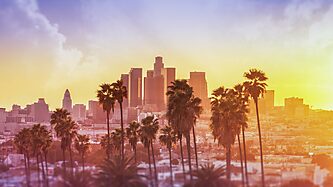 Michael Tanner on the Project on Poverty and Inequality in California

Should Californians Fix Prop. 13 or the State’s Whole System of Taxation?