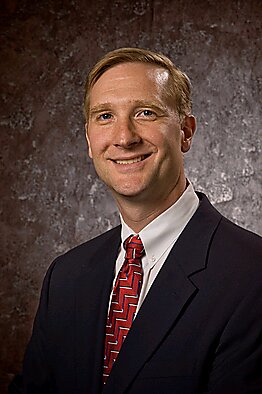 Christopher A. Preble, vice president for defense and foreign policy studies at the Cato Institute, has been named to Defense News’ “100 Most Influential People in U.S. Defense.” He is ranked #82 on the list, which includes the most prominent members of the U.S. defense community, from policymakers to industry executives.

“This recognition has been extremely well‐​earned by Chris. He has shown that America can better defend itself at substantially less cost,” said John Allison, president and CEO of Cato. “He also has the insight to combine military policy with the concept of creating globally mutually beneficial relationships through free trade and supporting the principles that underlie free societies.”

Preble’s entry on the list notes, “When some think tanks are arguing for a larger defense budget, Preble brings his classically libertarian message to the debate: Defense cuts, he argues, will actually make America’s defense stronger.” Dr. Preble was selected for his prominence in two major spheres of influence: military funding and opinion shaping.

“Through his multiple books, more than 150 articles in major publications, and oral advocacy, Chris has had a profound influence on issues ranging from America’s foreign entanglements to security interests, military power, defense spending, and counter‐​terrorism,” said Robert Levy, chairman of the Cato Institute. “No one has been a more vigorous and outspoken proponent of foreign and defense policies grounded on protecting U.S. vital interests. And no one has more effectively combined outstanding scholarship with cordial discourse and an engaging personality.”

Recognition of Preble’s contribution to the debate over military spending and U.S. grand strategy comes at a crucial time. Consensus has been elusive on the budget cuts needed to forestall the fiscal cliff. Putting him at odds with conservatives, Preble has long argued that taming the Pentagon budget must be a part of any serious effort to get the country’s fiscal house in order.

“It is nice to be acknowledged by the reporters and editors at Defense News, and to be included among so many people whom I respect in this field,” Preble said. “It is an exciting time to be studying and writing about defense policy. The grinding, inconclusive wars in Iraq and Afghanistan have prompted a new look at our wider strategy, and I’m happy to have been a part of this discussion.”

Defense News compiled the list out of more than 200 nominated candidates, over a period of five months, and created a weighted, composite score for each based on their spheres of influence. The biggest criterion was an individual’s personal influence — not just the power that comes with their offices. “Each person’s clout in shaping American defense policy, strategy and capability was discussed, debated and analyzed,” the list notes. “Influence is making change, it’s not just celebrity.”

“Trim the Fat from the Pentagon Budget,” by Benjamin H. Friedman and Christopher A. Preble, DC Examiner, May 28, 2012

“Defense Sense: Options for National Defense Savings in Fiscal Year 2013,” by Christopher A. Preble, et. al., The Commonwealth Institute, May 15, 2012