The Cato Institute today released a comprehensive report which details information missing from a 2009 report used by the Environmental Protection Agency in regulating carbon dioxide emissions.

"After thorough review, I found that the report from the U.S Global Change Research Program (USGCRP), which served as the source for the scientific opinions underlying the original endangerment finding in 2009, is unrepresentative of the larger body of scientific research on the topic of anthropogenic climate change and its potential impacts on the United States," said Cato Senior Fellow Patrick J. Michaels. "Since the new EPA standards would essentially price anyone trying to build a new coal plant out of the market, I am not surprised that we won't see final regulations on carbon dioxide until after the election."

Michaels, working with a team of experts and scientists, assembled an addendum to the USGCRP report, which they submitted as comments to the EPA on June 22.

"Calling this an 'addendum' is a tongue-in-cheek jab at the substantial relevant science the authors of the USCGRP report left on the cutting room floor while crafting their version," said Michaels. "We came up with the idea when we noticed that literally every paragraph in their report is missing critical information. Our report adds much additional information on how climate change impacts the United States, using a more exhaustive survey of peer-reviewed science than the USGCRP relied upon." 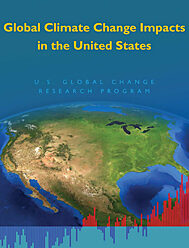 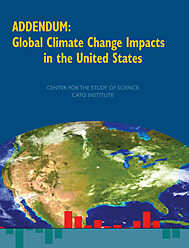 Michaels noted that no static report can provide long-term guidance as to the nature of climate change and its impacts, as this field is constantly evolving under the weight of new scientific findings. Consequently, he said, it is imperative that the EPA reassess the current scientific understanding on at least an annual basis.