In this age of anxiety, anger and contestations between the West and the Islamic world, many epoch‐​shaping stories of intellectual exchanges between our cultures are often forgotten.

A powerful example comes from literature. Millions of Christian, Jewish and Muslim readers across the world have read that famed tale of the man stranded alone on an island: “Robinson Crusoe” by Daniel Defoe, the 18th‐​century British pamphleteer, political activist and novelist.

The way forward for the Islamic world lies in reconciling faith and reason.

Ibn Tufayl’s novel tells the tale of Hayy, a boy growing up alone on a deserted island, with animals. As he grows up, Hayy uses his senses and reason to understand the workings of the natural world. He explores the laws of nature, devises a rational theology and entertains theories about the origin of the universe. He develops a sense of ethics: Out of mercy for animals, he turns vegetarian, and out of care for plants, he preserves their seeds.

Hayy then leaves his island and visits a religious society. He finds that the teachings of reason and religion are compatible and complementary. Yet he notices that some religious people may be crude, even hypocritical. He returns to his island, where he had found God and developed his concepts of truth, morality and ethics by relying on observation and reasoning.

Ibn Tufayl’s message was clear — and for its times, quite bold: Religion was a path to truth, but it was not the only path. Man was blessed with divine revelation, and with reason and conscience from within. People could be wise and virtuous without religion or a different religion.

The translations of “Hayy ibn Yaqzan” in early modern Europe — by Edward Pococke Jr. into Latin in 1671, by George Keith into English in 1674, by Simon Ockley into English in 1708 — sold widely. Among the admirers of Ibn Tufayl’s work were the Enlightenment philosophers Baruch Spinoza, Gottfried Wilhelm Leibniz and John Locke, who were trying to advance a sense of human dignity in a Christendom long tormented by religious wars and sectarian persecutions.

Fans of the novel also included a new Protestant sect: Quakers. Mr. Keith, a leading Quaker minister, who translated the novelinto English, helped publicize it in European intellectuals circles. He admired the novel, for it echoed the Quaker doctrine that every human being had an “inward light” — regardless of faith, gender or race. That humanist theology would have profound political consequences, making Quakers, in a few centuries, leaders in world‐​changing campaigns: abolition of slavery, emancipation of women, and other worthy causes.

The insights in Ibn Tufayl’s work that inspired the Quakers also shined in the works of Abul‐​Walid Muhammad Ibn Rushd, also known as Averroes. Ibn Tufayl, who served as a minister in the court of an Almohad caliph of Islamic Spain, commissioned Ibn Rushd, to write commentaries on ancient Greek philosophy, which became the main source for the European rediscovery of the Greeks, earning him great reverence in Western intellectual history.

What is less known is that Ibn Rushd also sought to harmonize his philosophical insights with Islamic law — the Shariah. At the core of Ibn Rushd’s effort was the vision of Ibn Tufayl’s philosophical novel: Religion and reason were both independent sources of wisdom. Religion had its written laws, while reason had its unwritten laws, the universal principles of justice, mercy or thankfulness. When there was a conflict between these two, Ibn Rushd argued, written laws of religion should be reinterpreted as they were inevitably bound with context.

Ibn Rushd applied this vision to the debate on jihad, criticizing the militant Muslims of his time who called for jihad “until they uproot and destroy entirely whoever disagrees with them.” He saw that position as reflecting “ignorance on their part of the intention of the legislator,” or God, who could not have reasonably willed “the great harm” of war.

He used the same perspective to critique the enfeebling of women in medieval Muslim society, which was a result of the denial of their intellectual capacity. He did his best to advance the most women‐​friendly views in Islamic jurisprudence: Women had the right to refuse polygamy, enjoy equal right to divorce, avoid the face veil, or to become judges.

Ibn Rushd’s other key contribution to modern Europe was his call for open debate, where views are freely expressed and rationally measured. “You should always, when presenting a philosophical argument, cite the views of your opponents,” he wrote. “Failure to do so is an implicit acknowledgment of the weakness of your own case.” The late Rabbi Jonathan Sacks, a towering intellectual we lost last year, had traced how Ibn Rushd’s insight was picked up by the 17th‐​century Rabbi Judah Loew of Prague, John Milton and John Stuart Mill.

Yet conservatives in Islamic Spain abhorred Ibn Rushd’s indulgence in philosophy and accused him of being a polytheist after he cited a Greek philosopher who was a worshiper of Venus. He was publicly humiliated, exiled and forced into house imprisonment. His books on philosophy were burned. They survived in Hebrew or Latin translations in Europe, but most of the Arabic originals were lost.

This loss has had grim consequences for Muslims. Powerful orthodoxies in the Islamic world — although parochialism and bigotry have proliferated in other communities as well — are still denying values distilled from the “unwritten laws” of humanity: human rights, religious liberty, or gender equality. They rather preach blind obedience to old verdicts, without asking “why and how,” and without deploying reason and conscience. The result is a troubling religiosity that relies on coercion instead of freedom, and generates moralism instead of morality.

The way forward for the Islamic world lies in reconciling faith and reason. A good first step would be to reconsider what Ibn Tufayl’s “Hayy ibn Yaqzan” and the works of Ibn Rushd were trying to tell us. 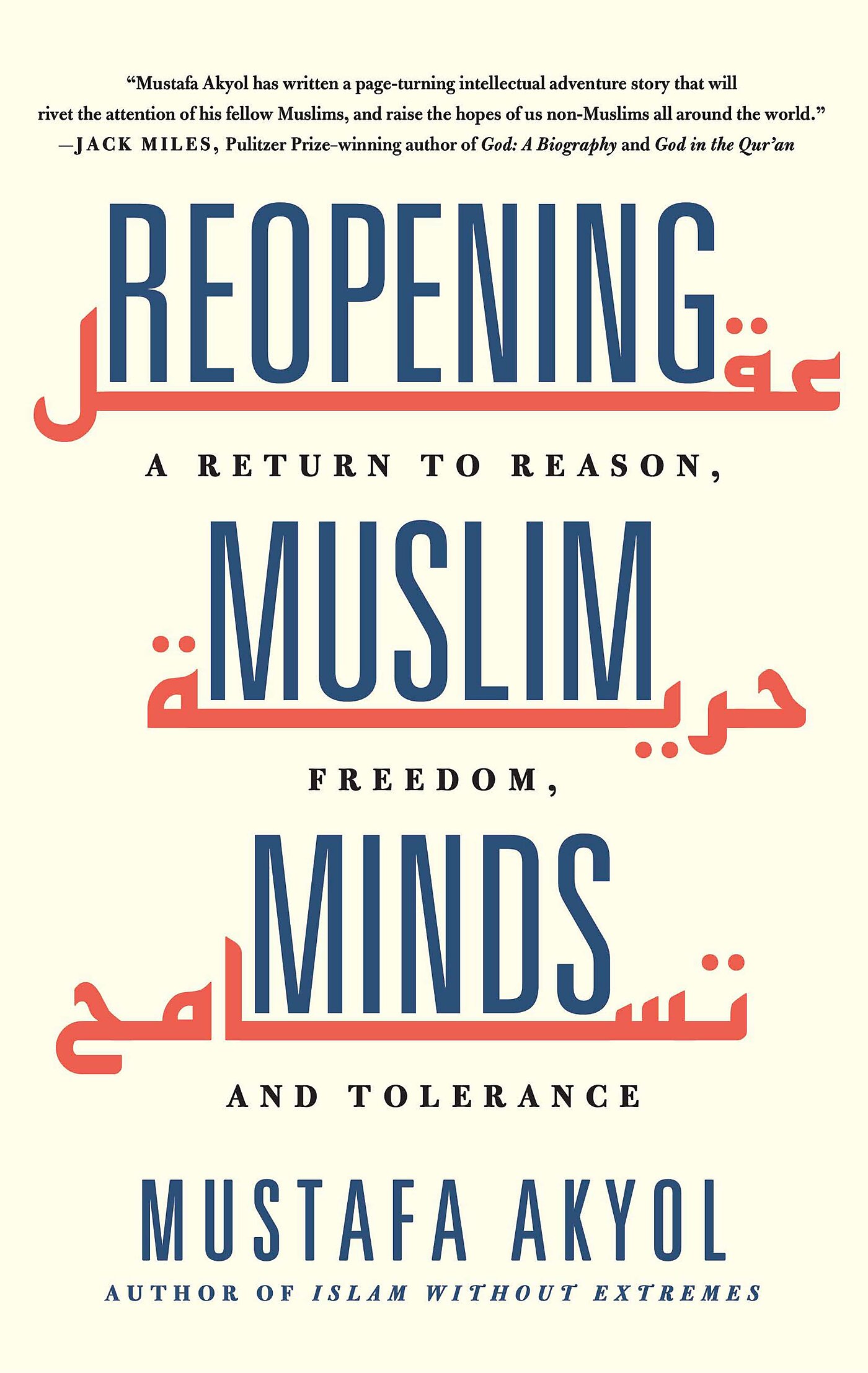 In his new book, Reopening Muslim Minds: A Return to Reason, Freedom, and Tolerance, Mustafa Akyol diagnoses “the crisis of Islam” in the modern world and offers an authentic way forward. Diving deeply into Islamic theology, and sharing lessons from his own life, Akyol reveals how Muslims lost the universalism that made them a great civilization in their earlier centuries.