Zoning Reform Is For Conservatives, Too

The Constitution requires that “private property [shall not] be taken for public use without just compensation,” and as the Cato Policy Handbook explains, regulation is one way governments effectively “take” property by arbitrarily limiting their development and use. Conservatives may not realize just how far American property rights have already eroded, but no doubt a quick glance at their local zoning code will remedy that.

The zoning code often limits such small and personal freedoms as what type of tree a person can plant in his/​her yard, whether building a shed or mother‐​in‐​law apartment is allowed, whether growing a vegetable garden or changing the color of the shutters is possible, and whether it’s acceptable to use a family farm to host weddings or other events. The zoning code may forbid a person from starting a business in their own home, may limit the type of people living in a house to only relatives, and it frequently decides the number of parking spaces a business must provide to visitors.

In fact, almost any small freedom that conservatives would expect to be entitled to by virtue of property rights can be reduced or eliminated by local bureaucrats in conjunction with busybody neighbors via the local zoning code. Most conservatives would likely be appalled by the many petty and arbitrary limits on their freedoms that their local zoning code imposes on them.

Finally, even if conservatives aren’t motivated by limits on their freedom, they should know that zoning hurts “their people” from Republican states by limiting their economic opportunity. For instance, zoning affects low‐​skill workers in places like Mississippi and West Virginia by limiting their ability to move to high opportunity areas, and it impacts everyone by reducing economic growth overall.

As Danny Shoag and Peter Ganong’s work suggests, rich and poor state incomes have stopped converging as a result of restrictive zoning. In other words, Trump supporters in interior and southern states like Mississippi and West Virginia aren’t able to immigrate to high opportunity areas because the cost of housing is too high as a result of restrictive zoning, and they remain stuck in low‐​opportunity areas instead. 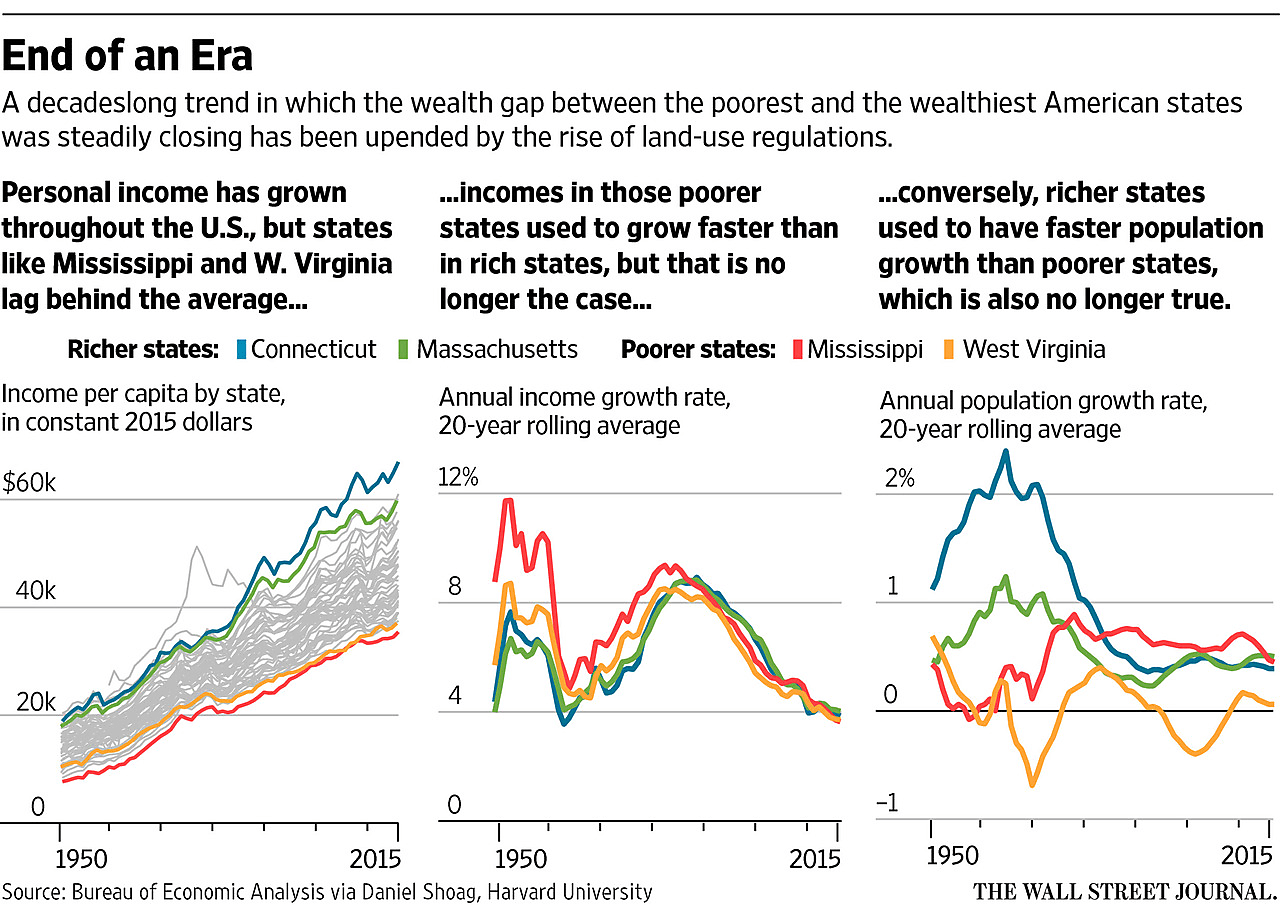 These are just a few of the reasons skeptical conservatives should reconsider their position toward zoning regulations and zoning reform. It goes without saying that conservatives shouldn’t agree with misguided proposals put forward by Democrats that include more regulation, developer mandates, additional taxes, and increased spending. But Republicans would be wrong to confuse bad proposals with the issue of zoning regulation itself, or the need for reform in general.