The Yuan Makes New Lows, Donald and Hillary Should Relax

At a monetary conference in Vienna back in 2014, the distinguished Frenchman, my friend, and occasional collaborator Jacques de Larosière proclaimed that the current world monetary order should be termed an “anti‐​system.” He has a point – an important point. Among other things, such an anti‐​system invites an enormous amount of instability, as well as uninformed loose talk that influences public opinion and policy.


The Chinese yuan has been at the center of much of the recent misinformation and disinformation about currencies. For example, during the first presidential debate between Donald Trump and Hillary Clinton, Trump fingered China as the world’s best practitioner of currency devaluations – devaluations that Trump claims power China’s exports. Clinton didn’t object to Trump’s thesis. Indeed, she boarded the same bandwagon. And with the Chinese yuan making new lows, the ever‐​misinformed mercantilists who populate Washington, D.C. are clinging to the bandwagon, too.


What are the facts? Well, they contradict the Beltway’s conventional wisdom. Chinese exports have steadily risen since 1995, but they have not been powered by a depreciating yuan. In fact, the yuan has slightly appreciated in both nominal and real terms. The accompanying charts tell that story. Note that the real and nominal charts tell the same story because the inflation rates in the U.S. and China have been similar over the past two decades. 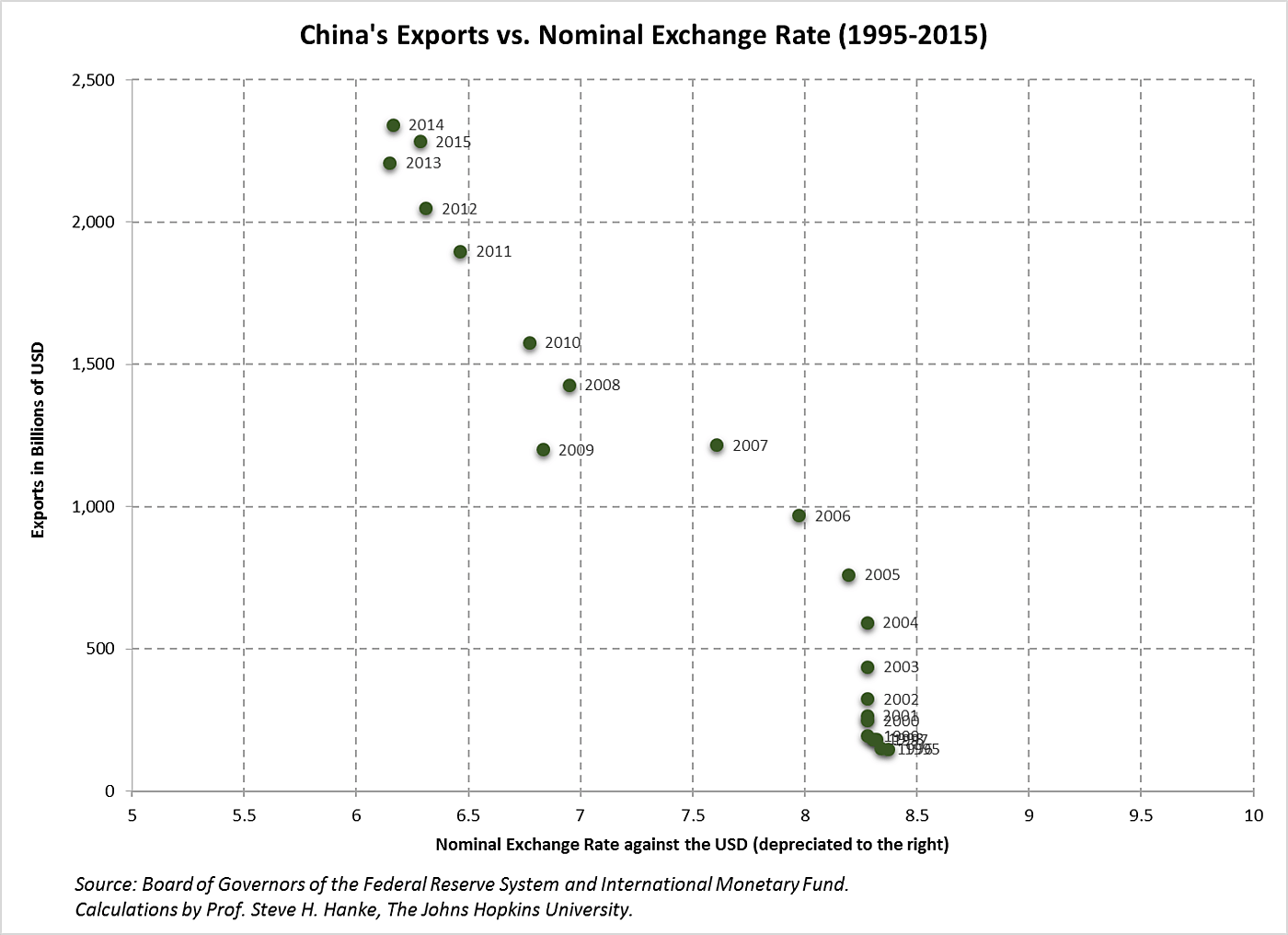 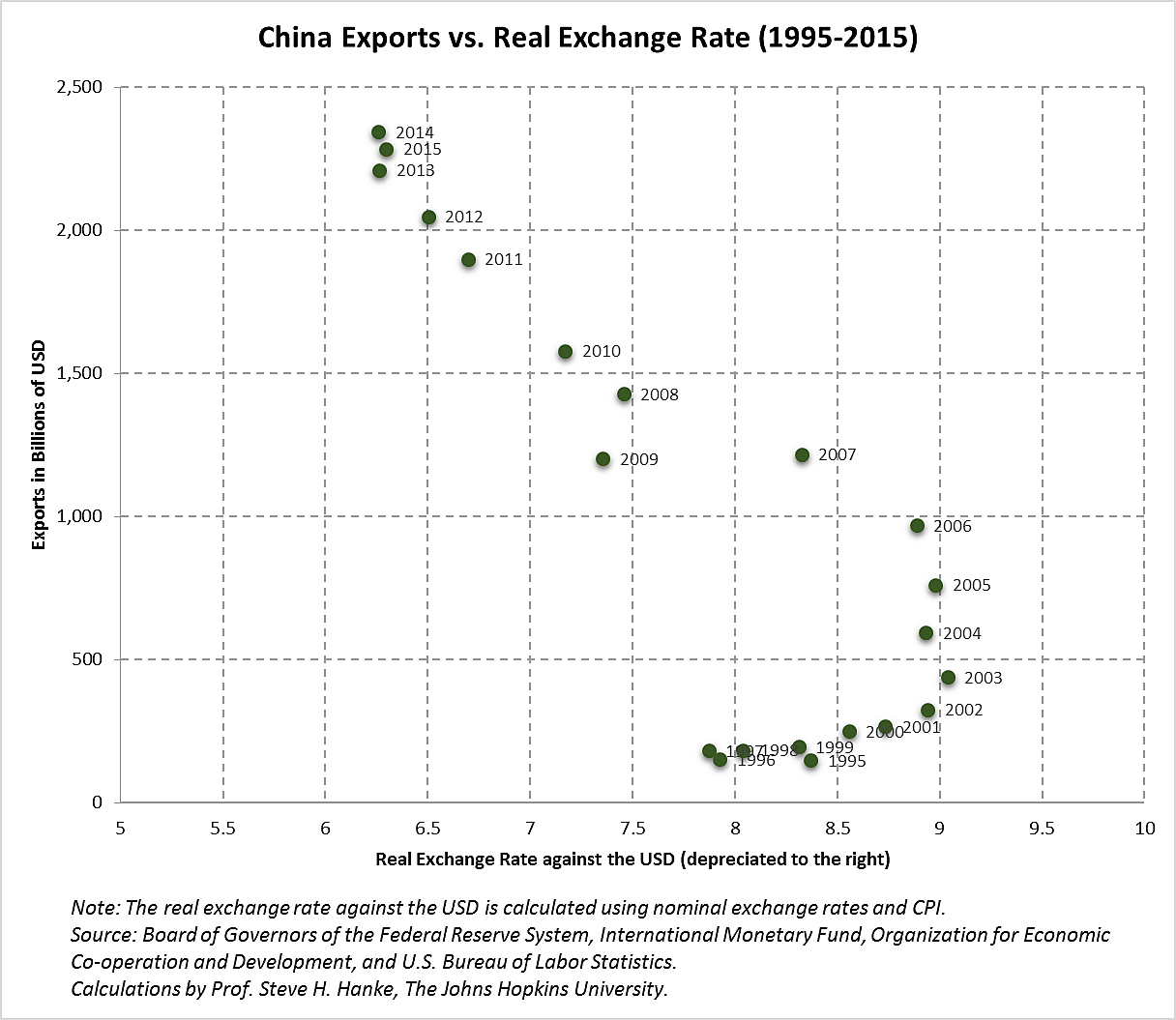