As You’ll See, Student Loans Hurt Us All 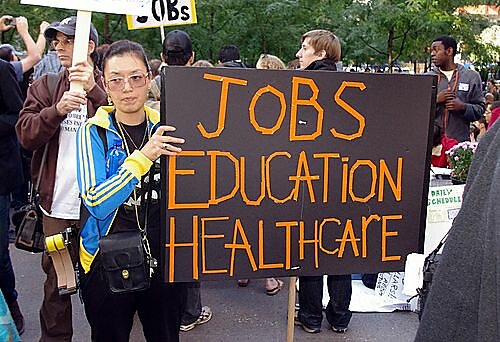 Suddenly, student loans are nearing the top of the nation's public policy debate. Indeed, President Obama is expected to make a big speech about them on Wednesday. Why the sudden ascendance? Probably because the burden of student loans is one of the few things OWSers are clearly angry about, and that has raised questions ranging from whether such loans should be dischargable in bankruptcy, to whether they help fuel the Saturn V rocket of college price inflation. And last Sunday GOP presidential contender Ron Paul jumped into the fray, suggesting we eliminate the federal student loan program entirely.

The first reaction to hearing such a proposal is that it's Grinch-level heartlessness, stealing a better future from low-income kids. That is almost certainly what the president would say, and such a reaction would likely poll well. That's why he's expected to propose lowering interest rates, easing repayment, and other borrower-friendly measures. But as I lay out in a Cato Policy Analysis to be released imminently, by most indications federal student aid and other taxpayer-fueled subsidies aren't good for anyone. (Well, anyone not employed by a college or university, the ultimate receiving end of all the forced largesse). By artificially—and hugely—boosting consumption, they ultimately lead to massive tuition inflation, encourage millions of unprepared people to take on studies they never finish, and pour H2O into already watered-down degrees. In other words, student aid—including federal lending—is likely a net loss to both students and society.

But I've already said too much. If you want to get a lot more on this—and more on the many unintended evils of federal college policies—stand by for the release of my study. And if you're in DC, come to Capitol Hill Thursday for a briefing on the subject with me and Rep. Virginia Foxx (R-NC). It should give OWSers, libertarians, conservatives, liberals, and anyone else lots to think about.