And when you’re not doing fine? 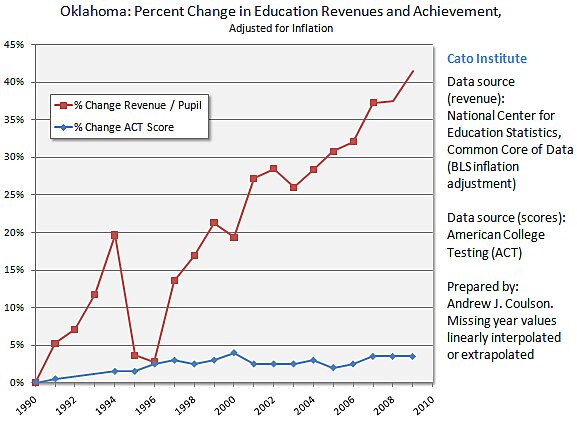 For reasons I’ve never understood, the NAEP test results for students at the end of high‐​school have never been broken down by state–they’re only reported nationwide–so for the achievement measure I used the ACT. Oklahoma’s participation rate in the ACT is high (between the mid 60s and low 70s), hasn’t fluctuated wildly over time, and is not significantly correlated with its actual scores (I ran a regression to find out), so it’s a reasonable measure. I’ve only carried it back to 1990 because the ACT was redesigned in that year, making the scores discontinuous.


When they see the chart, maybe Oklahoma taxpayers can say: “Owwww! AiYaiYai!”