Every country aims to lower inflation, unemployment, and lending rates, while increasing gross domestic product (GDP) per capita. Through a simple sum of the former three rates, minus year-on-year per capita GDP growth, I constructed a misery index that comprehensively ranks 109 countries based on "misery." Below are the index scores for 2013. Countries not included in the table did not report satisfactory data for 2013. 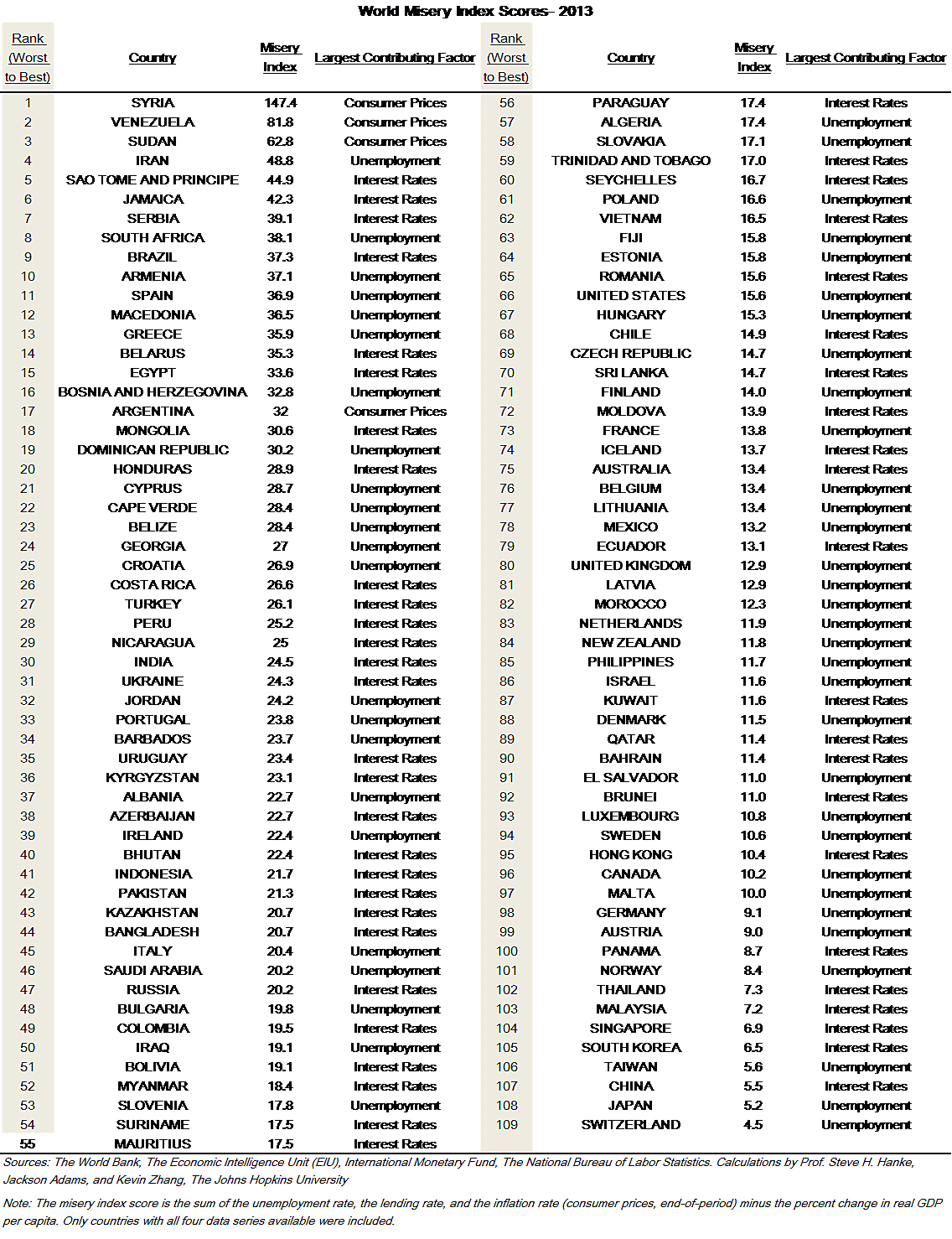