Every country aims to lower inflation, unemployment, and lending rates, while increasing gross domestic product (GDP) per capita. Through a simple sum of the former three rates, minus year-on-year per capita GDP growth, I constructed a misery index that comprehensively ranks 108 countries based on "misery."

Below the jump are the index scores for 2014. Countries not included in the table did not report satisfactory data for 2014.

The five most miserable countries in the world at the end of 2014 are, in order: Venezuela, Argentina, Syria, Ukraine, and Iran. In 2014, Argentina and Ukraine moved into the top five, displacing Sudan and Sao Tome and Principe.

The five least miserable are Brunei, Switzerland, China, Taiwan, and Japan. The United States ranks 95th, which makes it the 14th least miserable nation of the 108 countries on the table. 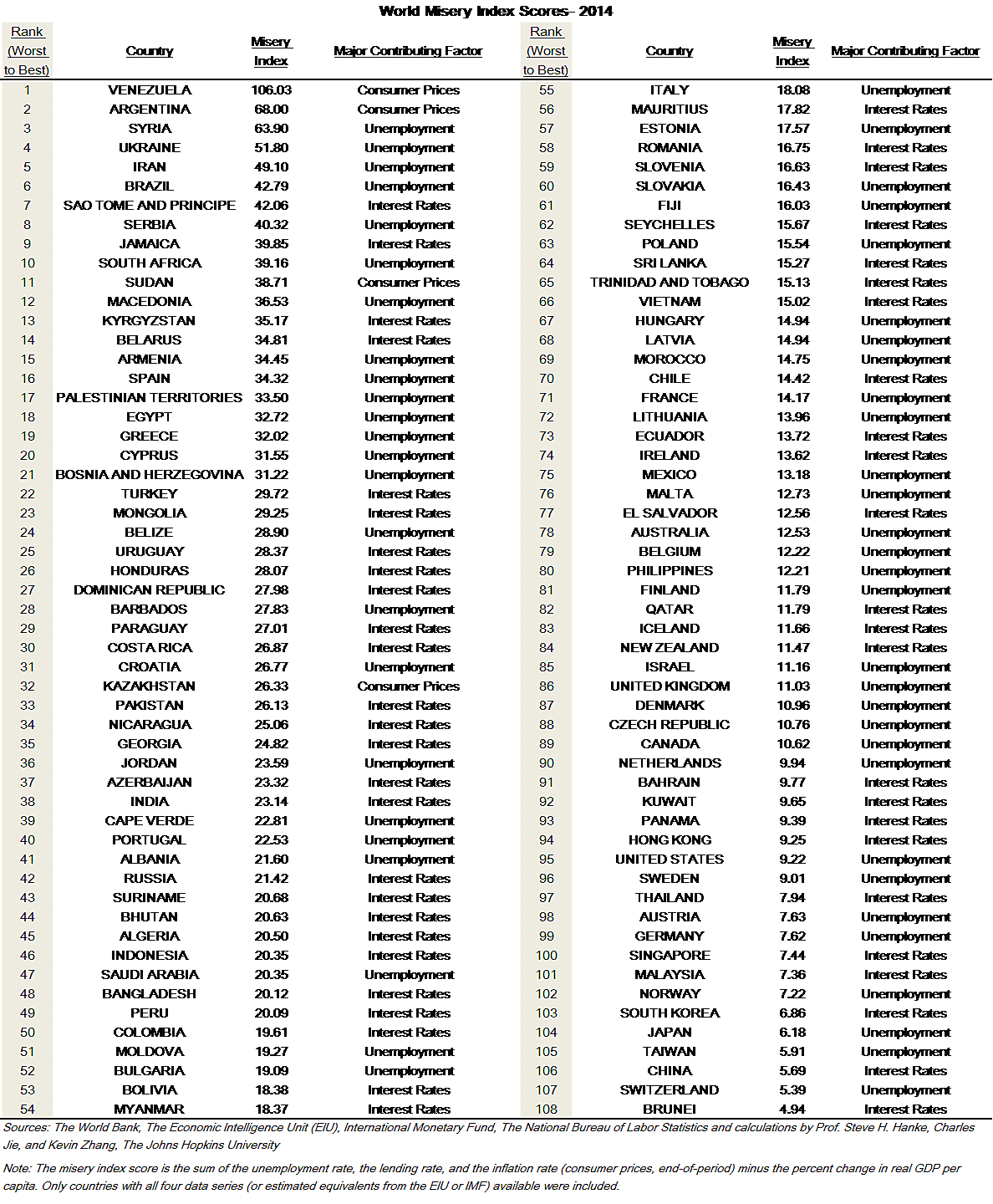