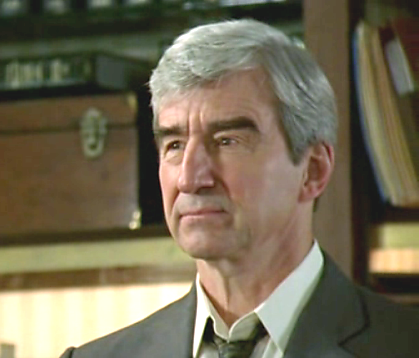 The Cato Institute is a 501(c)(3)—a nonprofit organization. Of course, as an employee I get paid more than my job costs me—I make what you might call “profit”—but because of the tax designation of my employer, I could be getting big forgiveness on any federal student loans I might have. Indeed, a new, quick‐​read report from the Brookings Institution shows that someone could potentially get all of their graduate schooling covered for free through the federal Public Service Loan Forgiveness (PSLF) program which, by the way, is expected to cost the American taxpayer a lot more than originally anticipated.


The general way PSLF operates is if you work for government, a 501(c)3 organization, or some other qualifying entity like a public interest law firm, you can get the remainder of your federal student loans forgiven after 10 years of regular payments. Sound great? Well don’t order yet! Those payments are also controlled, capped at 10 percent of income above 150 percent of the poverty line. So a single person would pay nothing on income below $17,820, and 10 percent on income above that. And it doesn’t matter if you get paid more than your job‐​description doppelganger in a for‐​profit venture—as long as you work for a “nonprofit” you qualify for PSLF.


The Brookings report describes how someone could essentially get a graduate degree for free through PSLF as long as he had substantial—but not huge—undergraduate debt and worked in a relatively low‐​paid field. Of course, many people will want to earn more than low pay, but PSLF furnishes strong incentives to stick with a low‐​paying job for awhile, or more likely, take on much bigger debt and all the nice‐​to‐​have college stuff that goes with big college revenue.


Go ahead, future Jack McCoy, take that dip in the lazy river!


Of course, this is not free to taxpayers, many of whom have not gone to college, or may work in struggling for‐​profit businesses, or may even have thought the right thing to do was to get an inexpensive—and frill free—education. But according to the report, their PSLF bill is rising as enrollment in the program is much higher than anticipated, and nearly one‐​third of enrollees have debt exceeding $100,000. The report doesn’t give estimated total costs because those are very hard to predict, but estimates of what would be saved with controls such as capping forgivable amounts have risen by more than 2000 percent just from 2014 to 2016! The figures are in the billions of dollars.


There is a strong argument, of course, that there is nothing more noble about working for government, or a nonprofit hospital, or even a think tank, than owning a neighborhood shoe store, or being an accountant at Apple, or risking all you have on a new, entrepreneurial venture, all of which seek to offer things of value to other people. Heck, it is the production of goods and services for profit that gives us the “excess” wealth that enables us to pay for government and all its programs. But few employees, regardless for whom they work, are losing money on their jobs, and many—see, for instance, federal workers—make big profits from their nonprofit jobs not just financially, but also with lots of vacation time, or job security, or simply doing something fun every day.


We’re all working for profit. Why should we be treated—especially given big costs and unintended consequences—differently just because of our employers’ tax designation?