Since she was shot in the head by a would‐​be Taliban assassin, Malala Yousafzai has become one of the most recognizable and admired young people on the planet. But in a new piece in the British Spectator magazine, education scholar and Cato Institute adjunct fellow James Tooley points out that “something curious is going on.” 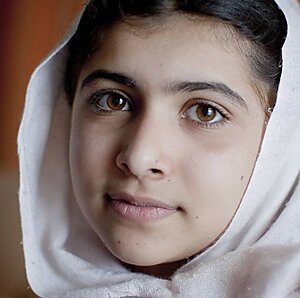 Something crucial to her experience is always omitted when her life and mission are described by international agencies and the media… it wasn’t to governments that Malala and her family turned (or are turning now) to get an education.… In fact, she’s scathing about government education: it means ‘learning by rote’ and pupils not questioning teachers. It means high teacher absenteeism and abuse from government teachers, who, reluctantly posted to remote schools, ‘make a deal with their colleagues so that only one of them has to go to work each day’; on their unwilling days in school, ‘All they do is keep the children quiet with a long stick as they cannot imagine education will be any use to them.’ She’s surely not fighting for the right of children to an education like that.


But if not government education, what is she standing for? In fact, Malala’s life story shows her standing up for the right to private education.


For the school she attended, on her way to which she was famously shot by the Taleban, was in fact a low‐​cost private school set up by her father. This reality gets hidden in some reports: not untypically, Education International describes her father as a ‘headmaster’. Time magazine describes him as a ‘school administrator’. Headmaster, school administrator: these obscure the truth. In fact, her father was an educational entrepreneur.

Read the whole thing. James Tooley is the Indiana Jones of education, splitting his life between his professorial duties at the University of Newcastle and scouring the globe for something “experts” used to think was a myth: private schools serving poorest of the poor. He’s found them all across India, Africa, and even China—and they work. You can pick up the mind‐​blowing story in his book The Beautiful Tree.