Why College Should Be Given Away for Free 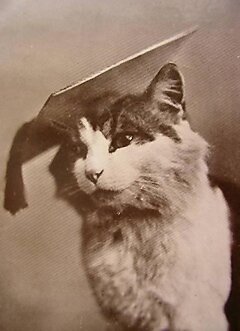 The editor of The Nation thinks college should be given away for free. She’s probably right, but perhaps not in the sense she intends. So many college degrees today are intrinsically worthless that it should really not be possible to find people willing to pay for them. As I wrote in a recent New York Times “Room for Debate” commentary:

Barely half of students at four‐​year public institutions graduate in six years — and many learn very little along the way. Nearly half of all college students made no significant gains in critical thinking, complex reasoning, or written communication after two full years of study, according to research by Richard Arum and Josipa Roksa. Even among the more elite subset of students who stick around for four full years of college, a third made no significant gains in these areas.

So what’s the alternative if you’re a high school senior seeking higher education? How about this: instead of handing control over that education to someone else, decide what it is you would like to learn over those four years and then… learn it. Thanks to the Web, the material covered in virtually every undergraduate program is readily available at little cost—and the same is true for many advanced programs. And, having learned it, spend a few hundred dollars to create a website or even simply a YouTube channel on which you demonstrate your new skills/​understanding. Conduct research. Write it up. Build something. Translate Cyrano into English, maintaining the Alexandrine meter and rhyme. Whatever it is. Then, when you’re ready to apply for work, submit your resume with a link to this portfolio of relevant work.


Employers, ask yourself this question: Would you rather hire someone with a portfolio such as the one described above, visibly demonstrating competency and personal initiative, or someone with a degree that is generally supposed to signal that competency, but that you can’t readily assess for yourself?


[And since “resume” and “curriculum vitae” are both foreign language terms, why don’t we call these portfolios‐​in‐​lieu‐​of‐​college‐​degrees the student’s savoir‐​faire. Literally: “know how to do.”]