Who Said That about National Standards and Tests!? 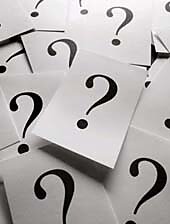 There are lots of reasons to be very concerned about the national standards and tests barreling in silence toward education domination. Below, I offer several of those reasons — and one possible standards alternative — along with links to material expanding on the big concerns. Give ‘em a read, and as you do play a little game: See if you can guess who is quoted in each point:

So who said these things? Me? Jay Greene? Jennifer Marshall and Lindsey Burke? The folks at the Pioneer Institute?


No, it wasn’t any of those national‐​standards opponents. It was, in fact, none other than Chester Finn: president of the Thomas B. Fordham Institute; leading standards‐​and‐​testing proponent; and diagnoser of paranoia among those who worry about the same sorts of things he complains about above!


So what’s going on here? Does Finn support national standards and testing rushed into place by the Department of Education, without Congressional approval, and driven largely by “The Chiefs,” or doesn’t he? Should we, as Finn wrote in the same piece that produced the quotes above, “apply the brakes” to this “before a wreck occurs”? Are private standards and tests really a preferable option?


What I can say to help shed light on these questions is that the quotes above come not from something new, but a 1997 Weekly Standard article by Finn opposing Clinton administration efforts to get states to adopt national standards and tests. (You can find the article here but have to subscribe to read it). These are not comments directed at the current national standards effort.


What I can’t say — and what is, of course, most important — is what has caused Finn’s tune on national standards and tests to change. Why such concern in 1997 about so many things that seem to bother him little today? Why, for instance, was it a terrible idea in 1997 to rush implementation of national standards and tests, but it’s not a deal‐​breaker today? Why was it troubling that CCSSO had a central role in 1997, but it’s apparently hunky‐​dory in 2010? Why was it a bad thing to blow off critics in 1997, but alright today?


No doubt Finn can offer many decent reasons why numerous things that troubled him in 1997 don’t do so today, but I for one can’t think of any. And before we go any further along the perilous road to nationalization, I’d sure like to know what those reasons are.