Who Is Peter Navarro? 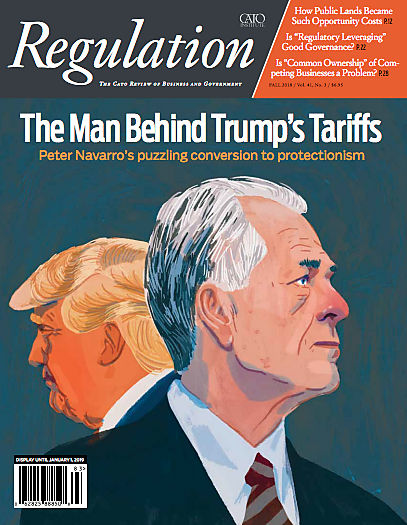 The Wall Street Journal’s opinion page created a buzz yesterday with its editorial “A Navarro Recession?” It charged that, if the nation soon suffers an economic downturn, it would be the product of the trade wars President Trump has initiated on the advice of Peter Navarro, director of Trump’s Office of Trade and Manufacturing Policy.

Multiple reports out of the White House last week say President Trump overruled all of his economic advisers other than Peter Navarro when he decided to impose new tariffs on China. Global and American economic conditions have been heading south ever since, so perhaps we should call this the Trump‐​Navarro trade‐​policy slowdown.

Later yesterday, Navarro fired back at the WSJ, saying on Fox Business Network, “It doesn’t sound a lot different from the People’s Daily in terms of the news that it puts out,” referring to the Chinese Communist Party newspaper. Clearly, the editorial has gotten under his skin.


It’s been a long, strange trip for Navarro. At one time, he was a fairly orthodox, market‐​friendly economist, even writing on the virtues of free trade in his 1984 book The Policy Game (as well as contributing a couple of items to my publication, Regulation). Yet, somewhere in the 2000s, he developed Sinophobia and authored a series of books on the ostensible threat China poses to the U.S. and world economies. One of those books, 2006’s The Coming China Wars, brought him to Trump’s attention and ultimately led to his White House post.


If you’re interested in learning about the strategist of Trump’s trade wars and the problems with his current ideas, check out Pierre Lemieux’s excellent article “Peter Navarro’s Conversion,” the cover story for Regulation’s Fall 2018 issue. With Trump imposing tariffs left‐​and‐​right, Pierre’s final graf is as timely today as it was a year ago:

The maintenance of economic freedom at home—which includes the freedom to import what one wants if one finds the terms agreeable—is the only individualist, coherent, and realistic policy. The young Peter Navarro seemed to understand that. Sadly, today’s Navarro does not.