While You Were Watching the Race to the Top… 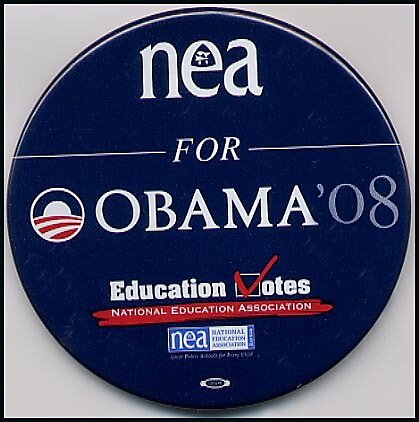 …President Obama and Congress were doling out tens‐​of‐​billions of dollars to the education status quo while doing little of meaningful, reform‐​y substance. Now we see the payoff: President Obama has gotten bipartisan accolades for supposedly being a different kind of Democrat on education — one willing to take on teacher unions — while he’s fully kept union allegiances.

Karen M. White, the NEA’s political director, said the 3.2 million‐​member union is in sync with Obama more often than not. As an example, she pointed to his support for a $10 billion education funding bill that the Democratic‐​led Congress passed in August over Republican opposition.


“That education jobs bill got so many of our members engaged,” White said. “It was a turning point for us.”


She played down controversy over Obama’s school reform agenda as “bumps in the road,” adding, “we share the same goals as this administration.”

It really wasn’t hard to see the politics at play here: Talk a lot about reform, expend riches to protect the status quo, win good will from all sides. And heck, who gets hurt? Only taxpayers and students, that’s all.