Since I first estimated Iran’s hyperinflation last month , I have received inquiries as to why I have never so much as mentioned Iran’s money supply. That’s a good question, which comes as no surprise. After all, inflations of significant degree and duration always involve a monetary expansion.

Iran mysteriously stopped publishing any sort of data on its money supply after March 2011. Additionally, Iranian officials decided to change their definition of broad money in March 2010. This resulted in a sudden drop in the reported all-important bank money  portion of the total money supply, and, as a result, in the total. In consequence, a quick glance at the total money supply chart would have given off a false signal, suggesting a slump and significant deflationary pressures, as early as 2010 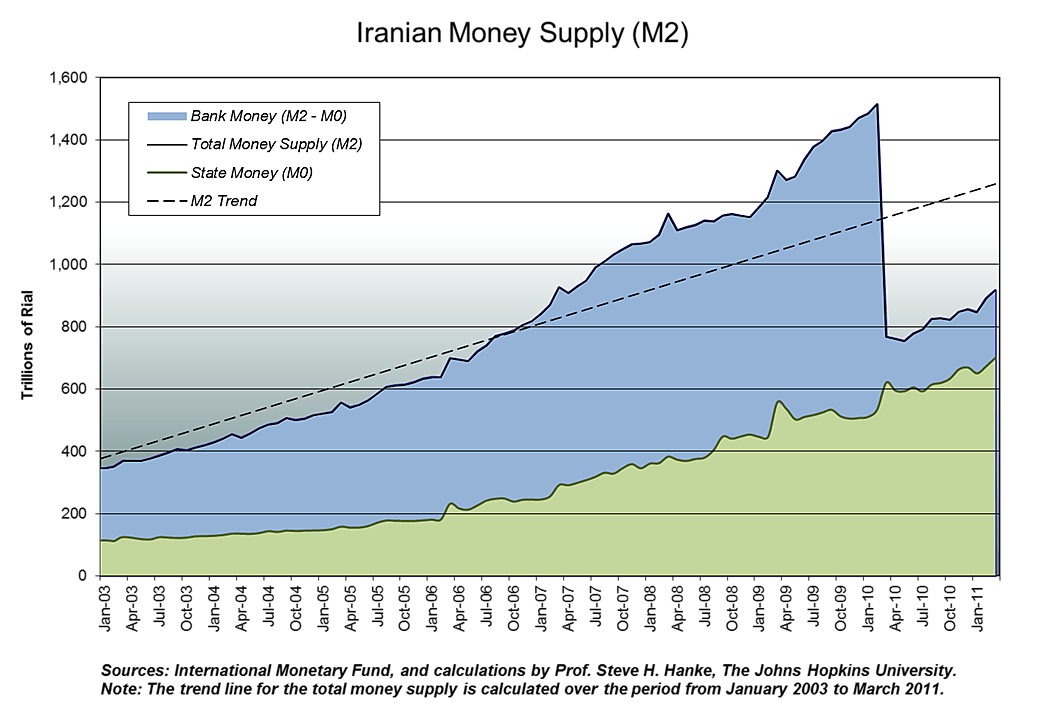 While very dated, at least Iran’s state money, or money produced by the central bank (monetary base, M0), is a uniform time series. The state money picture, though dated, is consistent with a “high” inflation story. Indeed, the monetary base was growing at an exponential rate in the years leading up to the end of the reported annual series.  No annual data are available after 2010 (see the chart below). 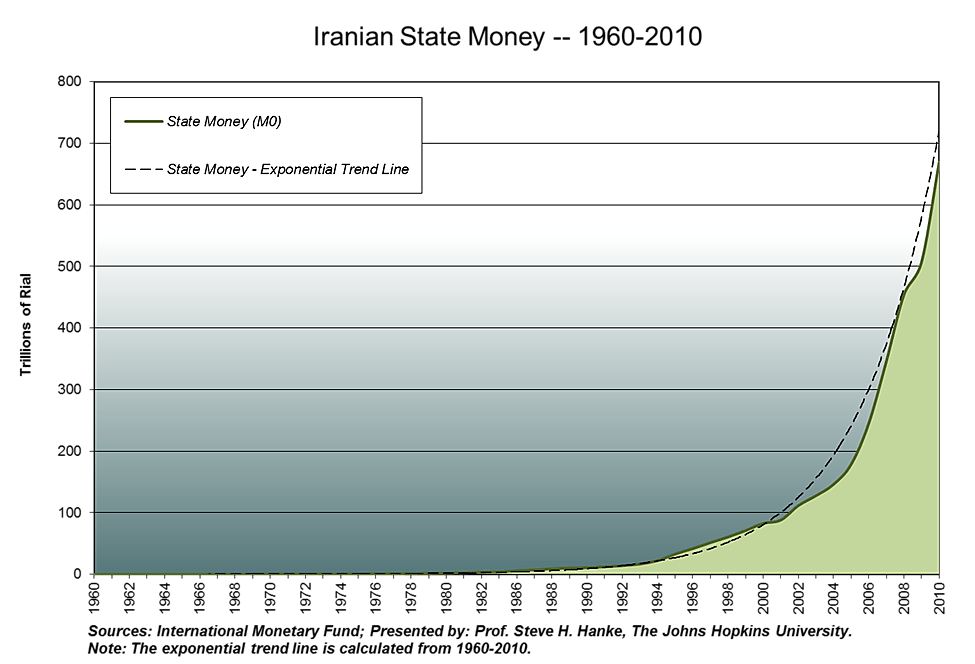 Iran is following in Zimbabwe’s well-worn footsteps, trying to throw a shroud of secrecy over the country’s monetary statistics, and ultimately its inflation problems. Fortunately for us, the availability of black-market exchange-rate data has allowed for a reliable estimate  of Iran’s inflation---casting light on its death spiral .