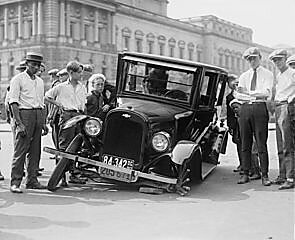 Not long ago I thought the Common Core couldn’t be stopped, or really even slowed down.


A couple of days ago Florida governor Rick Scott declared that he wanted to reexamine state implementation of the Core and withdraw from the PARCC assessment consortium, one of two national groups the federal government funded to create Core‐​aligned tests. Though hardly a complete withdrawal from the Core, the move is huge. Why? Because arguably the biggest, most influential backer of the Common Core is former Florida governor Jeb Bush, and his own state, and a governor of his own party, bucked him. Florida is also, well, a pretty big state. Not surprisingly, now two more GOP governors — Bobby Jindal of Louisiana and Scott Walker of Wisconsin — are signaling desires to unbuckle their states from the Core.


What happened that caused this suddenly powerful — and at least to me, unexpected — revolt? It is almost certainly that the Core is now reaching the district and school level, and parents and citizens are becoming fully aware of standards most of their states adopted lightning fast in 2010 to get federal Race to the Top money. They’re becoming aware, and either don’t like what they see in the standards, or don’t like federal imposition. They may also be getting increasingly sick of being told that the federal government wasn’t a driving force behind Core adoption when it absolutely was, and being called ignorant or unhinged for pointing out reality.


Case in point for calling opponents misinformed, alas, is Jeb Bush, who just last week said that Common Core resistance “is political,” and implied that anyone against the Core is “comfortable with mediocrity.” He also suggested once again that the Core is fully voluntary for states, implying that opponents are either misinformed or lying when they fear “a national takeover.” Of course, there are numerous reasons to oppose the Core that are all about what’s best for kids.

It would help the national debate over Common Core immensely — and probably even help Core supporters — were Core advocates to be forthright about the federal power behind Core adoption, and were they to stop smearing opponents. It’s hard to imagine that most concerned citizens, when they know that Washington drove adoption with Race to the Top and locked it in with No Child Left Behind waivers, wouldn’t feel insulted and even lied to when they are called ignorant or crazy for being concerned about a reality Core supporters refuse to acknowledge.


To be fair, a couple of Core advocates have at least somewhat acknowledged Washington’s intrusion: Chester Finn and Michael Petrilli of the Thomas B. Fordham Institute. They are to be commended for their acknowledgment, though I think they greatly understate the federal role and assert lots of debatable things about numerous other aspects of the Core. And speaking of debatable…


On October 3, Finn and Petrilli have graciously agreed to come to Cato for a Core debate against me and Emmett McGroarty of the American Principles Project. I hope you’ll join us either either live or over the Web for this big event. Not only will it be greatly entertaining, but also hugely informative. Common Core is something desperately in need of open and honest debate, and we plan to deliver that on October 3. Register today!