What the Washington Post Gets Wrong about Free Markets

First, the authors argue that free markets result in an abundance of temptations, such as candy and fattening food, and that encourages obesity. Obesity is a problem, but let’s put matters in proper perspective. The best proximate measure of the health of a nation is life expectancy. That is increasing. In fact, Americans have never lived longer. 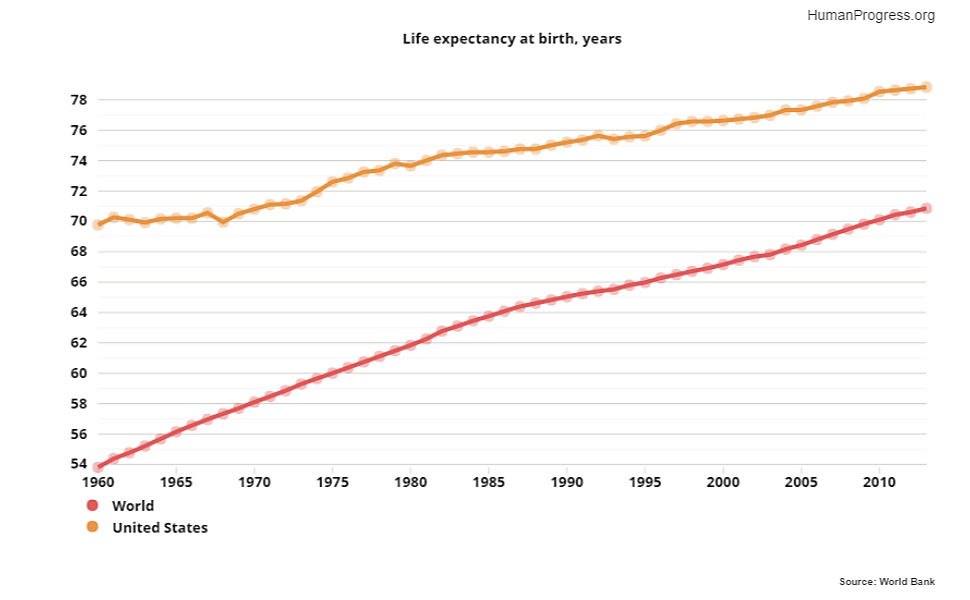 Moreover, a ban on fatty foods raises questions about personal freedom and responsibility. We allow people to buy alcohol, but discourage them from drinking and driving. Why not allow for sale of fatty foodstuffs, while discouraging gluttony through, for example, increased medical insurance premiums?

The free market has been amazingly successful in increasing food production across the globe. In 1962, people in 51 countries consumed fewer than 2,000 calories per person per day. By 2011 that number fell to one (Zambia). All the while, life expectancy around the world has increased.

The authors of the Washington Post op-ed note that the average U.S. household does not save very much money. This, they say, is evidence of increasing poverty. This argument confuses two separate issues: spending and earning. If we want to encourage more saving, we may want to switch to a consumption tax, instead of an income tax. But regardless of what tax system we opt for, the data clearly show that the U.S. is becoming richer.In 2015, average income, adjusted for inflation, reached an all-time high. 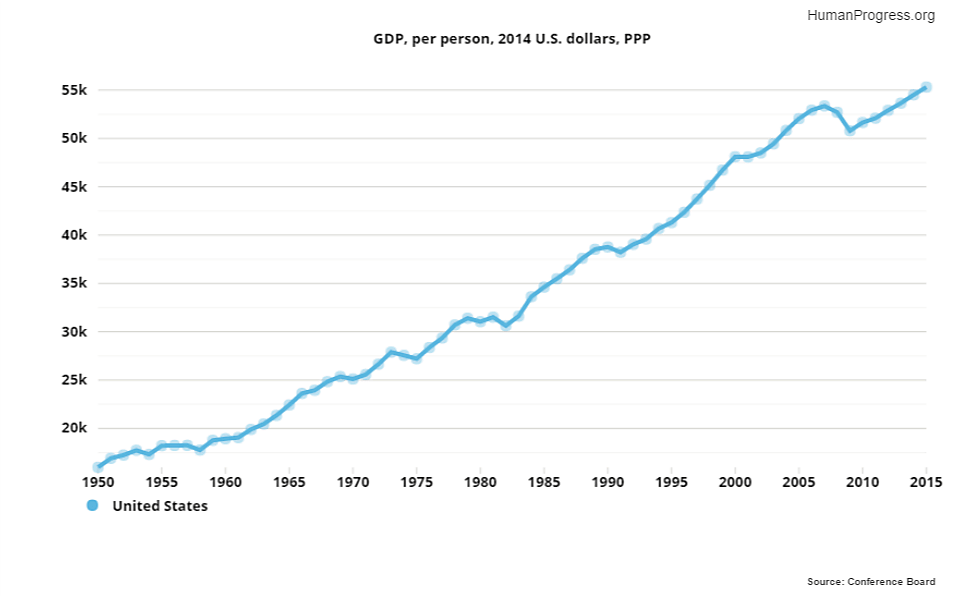 Economically freer countries are wealthier, and wealthier countries tend to be happier.  One early study suggested that greater wealth only correlates with happiness up to a certain point. That correlation came to be known as the “Easterlin Paradox.” Subsequent research suggests that wealthier people are indeed, on average, happier.

As HumanProgress.org advisory board member Matt Ridley summarized in his book The Rational Optimist:

Rich people are happier than poor people; rich countries have happier people than poor countries; and people get happier as they get richer. The earlier study simply had samples too small to find significant differences. In all three categories of comparison—within countries, between countries and between times—extra income does indeed buy general well-being. That is to say, on average, across the board, on the whole, all other things being equal, more money does make you happier.

Find out more about improvements in health, wealth, happiness, and other areas of human wellbeing on HumanProgress.org.