It’s hard to find anything written or spoken about Greece that doesn’t contain a great deal of hand wringing about the alleged austerity – brutal fiscal austerity – that the Greek government has been forced to endure at the hands of the so‐​called troika. This is Alice in Wonderland economics. It supports my 95% rule: 95% of what you read about economics and finance is either wrong or irrelevant.


The following chart contains the facts courtesy of Eurostat. Social security spending as a percentage of GDP in Greece is clearly bloated relative to the average European Union country—even more so if you only consider the 16 countries that joined the EU after the Maastricht Treaty was signed in 1992. To bring the government in Athens into line with Europe, a serious diet would be necessary – much more serious than anything prescribed by the troika. 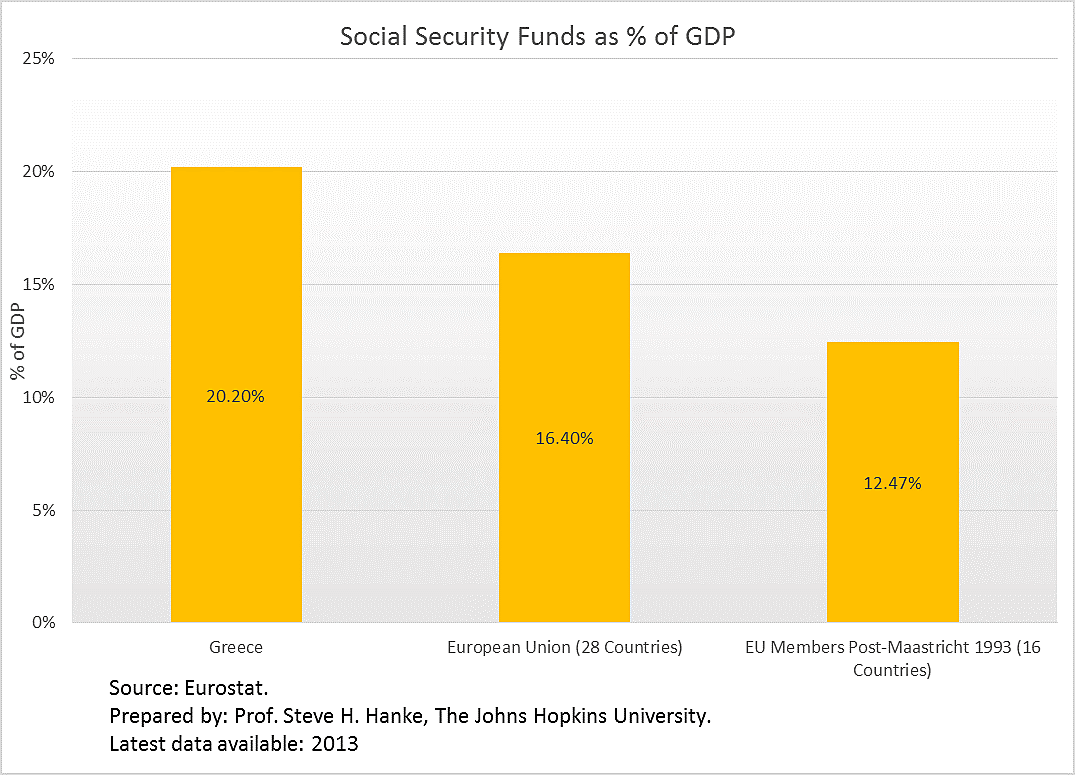