What COVID-19 Tells Us About AI Inventors 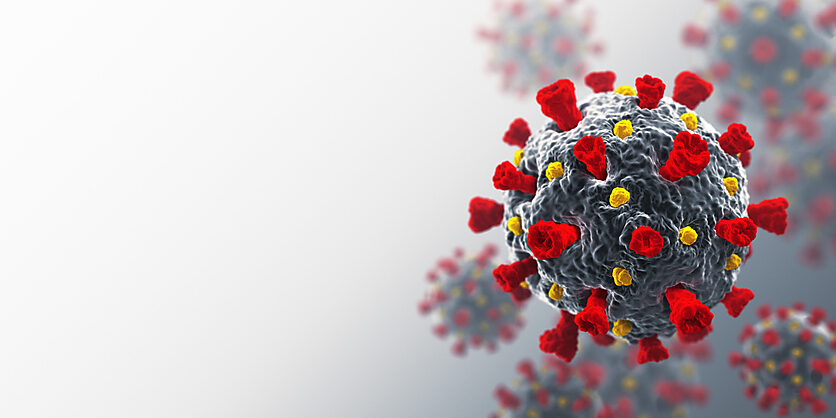 Scholars have associated artificial intelligence (“AI”) with many words over the years: overhyped, underdeveloped, and even science fiction. But COVID-19 demonstrates that despite the skepticism and hysteria there is a place for AI in society, even if that space is still legally undefined. Since AI inventorship is not suitably addressed in U.S. patent law, the advancement of AI presents practical and conceptual challenges for the aging patent system.

AI refers to the simulation of human intelligence performed on machines that can imitate cognition and evaluate autonomously. Expertise in pattern recognition has rendered AI incredibly useful, proving to be a more‐​than‐​competent companion in the study of COVID-19 diagnosis, treatment, and projections. Last month, the startup BenevolentAI made headlines when its AI system identified the rheumatoid arthritis medication, baricitinib, as a potential COVID-19 treatment. Baricitinib is currently in COVID-19 clinical testing.

The application of burgeoning AI technology in unprecedented times shows us how valuable it is. Yet as we reap greater benefits from AI during the COVID-19 pandemic, the persistent quandary over definitions, rights, and protections remains. Upon reaching the other side of this health crisis, we will know that AI had a role in getting us there— but lawmakers and regulators will still not know how to effectively protect and incentivize AI innovations.

For centuries, patents have afforded monopolistic privileges to qualifying inventors. In recent years, the patent system has revealed itself as an ill‐​equipped and antiquated gatekeeper amid the rise of ever‐​improving new and emerging technologies. Smart machines that can learn, create, and invent have an uncertain future because they occupy a regulatory world where these attributes are uniquely human. Last year, the United States Patent and Trademark Office (“USPTO”) requested comments on patenting AI inventions. Their twelve questions, which were just as philosophical as they were legal, acknowledged a fundamental conflict between AI and three of the pillars of U.S. patent law: novelty, utility, and non‐​obviousness.

According to Title 35 of the U.S. Code, an invention must satisfy statutory requirements to be eligible for a patent. These requirements are intended to promote the constitutional aspiration of “progress of science and useful arts.” However, as the USPTO recognized, AI does not fit neatly into the rigid criteria for patentability. An AI‐​generated invention is presently unpatentable, regardless of how sufficiently new, useful, or beneficial it is to scientific progress.

Likewise, AI inventorship muddles the seventy‐​year old standard for non‐​obviousness. Non‐​obviousness is determined with a counterfactual situation, a hypothetical “person having ordinary skill in the art (field) to which said subject matter pertains” (“PHOSTIA”). PHOSTIA is used to ascertain the inventiveness of a work, such that it would not be obvious to a typical person in the field or industry. This legal fiction is necessary to properly adjust the non‐​obviousness threshold for human limitations. However, it is unclear how to determine the PHOSTIA for AI systems, which create without human encumbrances and cannot be compared to a peer group. Additionally, since AI systems augment the innovative capacity of inventors, their integration into a field effectively changes the level of skill associated with a PHOSTIA. Other aspects of patent law, such as infringement, will similarly be affected regardless of how the USPTO responds to this AI dilemma.

Although the problems arising from AI‐​generated works were still unresolved, the USPTO attempted to settle the issue with an incomplete answer. At the end of April, the USPTO rejected the first patent applications listing AI as the inventor. An international group of patent attorneys from the “Artificial Inventor Project” filed the applications on behalf of “DABUS”, an AI system that utilized artificial neural networks to generate two novel inventions: a fractal food container and “neural flame” device. The USPTO’s decision specified that only natural persons may be credited as inventors, which effectively excluded AI‐​generated inventions from patent eligibility. In addition to citing several court cases, none of which actually discussed AI systems, the decision presumed a literal interpretation of “whoever” in patent law. By simplifying AI to a tool, the USPTO neglected to account for the trajectory of this technology, built to mimic human thought and expand resource capabilities. This decision both dodged questions from last year’s request for comments and created new challenges for AI inventorship in the future. At its best, this decision will promote disingenuous gamesmanship during filing and, at its worst, will be antithetical to the purpose of patents by unevenly protecting and encouraging innovation.

To their credit, the USPTO attempted to resolve this issue with insufficient and outdated tools. U.S. patent law, which has undergone only one significant change since the early 1950s, does not account for AI and its complexities, nor should it be expected to. Existing precedent did not have the answer to this AI dilemma, but nevertheless the USPTO retrofitted statutes and case law to address an issue that needed more forward‐​thinking. By interpreting “whoever”, “himself”, and “herself” in Title 35 of the U.S. Code as affirmations for human inventorship, the USPTO unduly bestowed too much value to innocuous pronouns. Legislators in the early 1950s had no reason to address non‐​human inventors because they did not exist at the time. The USPTO referenced similar language from a 2013 Federal Circuit case. Yet this case is arguably incompatible, since the judge expressly described a “natural persons” requirement as a contrast and limit to the legal interests of “corporations [and] sovereigns.” The Federal Circuit determined that inventing was a “mental act”, which may ironically pose more issues for a technology that simulates human cognitive processes. As AI systems become increasingly capable of inventing, the incongruency of existing law with modern technology is even more apparent.

The exclusion of AI inventors, which both provide societal benefit and mirror human logic, illuminates the already dubious notion that patents incentivize innovations. Moreover, the increased use and utility of AI during the COVID-19 pandemic further evince inadequacies in our current environment.

So, what does COVID-19 tell us about AI? The past few months have showed us there is tremendous capacity for this technology— without a roadmap to protect and promote it.