What 19 in 20 Americans Don’t Know About World Poverty

An overwhelming majority—95 percent—of Americans are confused about the state of global poverty. A survey from the late Hans Rosling’s web project Gapminder assessed the public’s knowledge on that subject. The survey asked twelve thousand people in fourteen countries if, over the last two decades, the proportion of the world’s population living in extreme poverty has a) almost doubled, b) stayed the same, or c) almost halved.

The correct answer, as frequent visitors of Human​Progress​.org know, is c. Extreme poverty has halved. But a staggering 19 in 20 Americans got the answer wrong. In fact, most people in all fourteen countries surveyed got it wrong. How is it possible that so many people are unaware of the extraordinary and unprecedented decline in world poverty that has been achieved in the last twenty years? 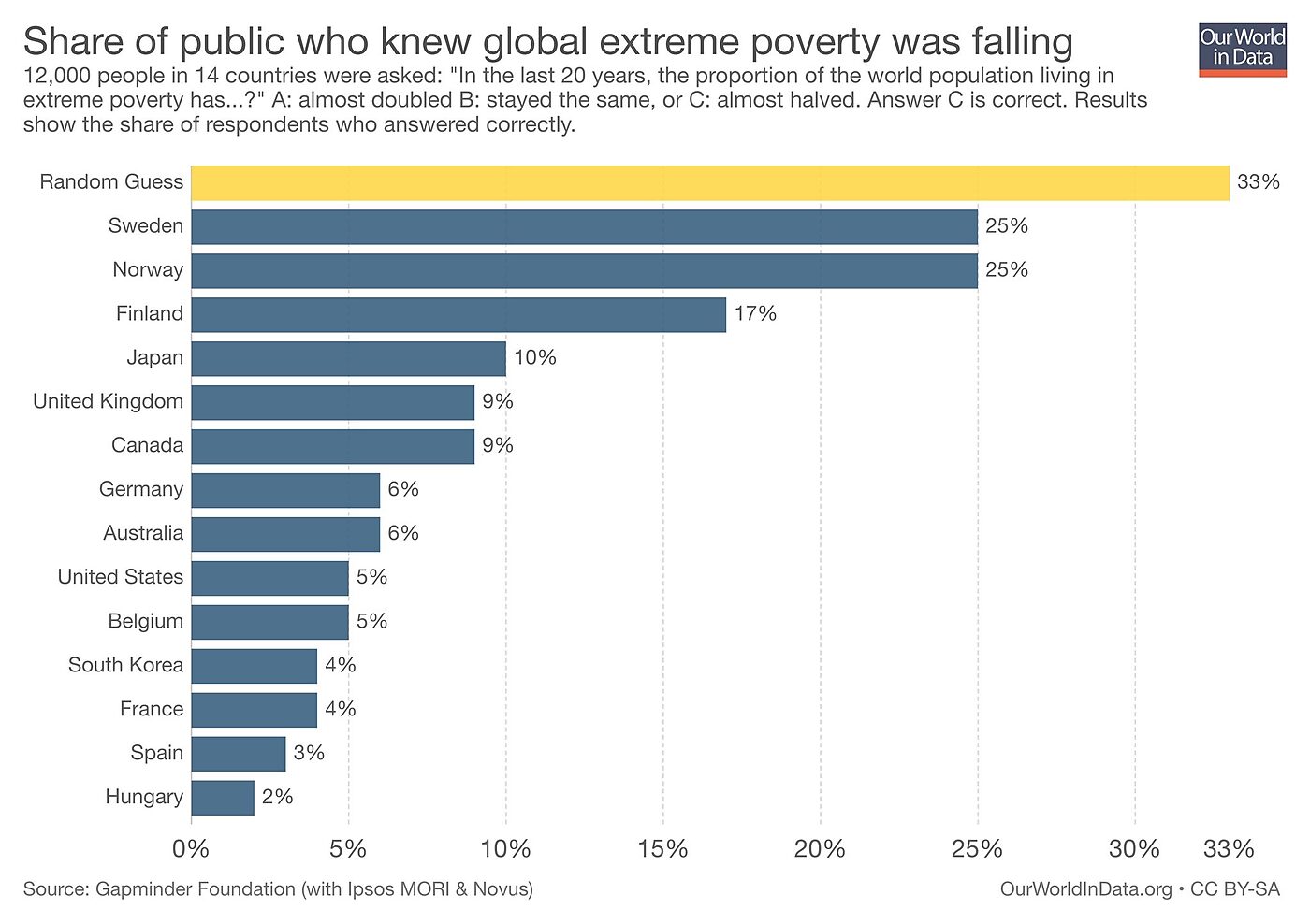 In some cases, they’re following the headlines instead of the trend lines: people in the news know that pessimistic narratives attract more clicks than heartening long‐​term trends. As the saying goes, “If it bleeds, it leads.” And, of course, many in the media share the broader public’s ignorance of the progress that humanity has made in its fight against world poverty. We at Human​Progress​.org will continue to do our part to correct mistaken perceptions about the state of humanity and advocate for a realistic, empirically‐​based view of the world.