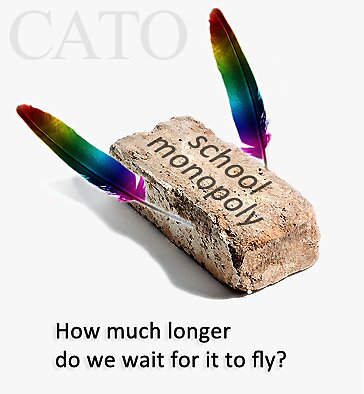 Economist Rick Hanushek argues today that there is no evidence to suggest “weighted student funding” will improve public school outcomes as its bipartisan backers hope. He contends that simply tying school‐​level funding to students, and thereby bypassing some of the budgetary role of districts, will create no systemic incentive for improvement and will not advance more substantive reforms.


He’s almost certainly right. Instead, Rick contends that districts should be financially rewarded based on their performance, borrowing a key aspect of the free enterprise system. But just that one aspect… and that’s a problem. There is no reason to believe that slapping a single isolated aspect of the market system on to the side of our state school monopoly will transmogrify it into a model of efficiency and responsiveness. Any more that strapping feathers to a brick can make it fly.


Rick is of course right that no system can produce the outcomes we need and want unless excellence is rewarded and failure penalized. But much more is needed to achieve those ends than simply funding successful schools or districts at a higher level. In the free enterprise system, the entrepreneurs who create successful products and services are personally rewarded for that success. They are free to enter the marketplace with their new ideas and to risk their own and their investors’ money in the hope that those ideas are sound–losing it if they are mistaken. If successful, they can raise capital for expansion by being able to offer a return on that investment, and grow organically or by taking over and turning around failing competitors. None of that is possible within a monopoly school system.