On Labor Day, President Obama announced his plan for an additional $50 billion in spending, mostly on transportation.  An area Obama specifically mentioned was more spending for bridges, playing on the widely held perception that America's bridging are falling apart.  While clearly there are bridges that are greatly in need of repair and represent a threat to passenger safety, what has been the overall trend in bridge quality?  In one word:  improving.

According to the U.S. Bureau of Transportation Statistics only about 1 in ten bridges today can be characterized as "structurally deficient", this is, in need of serious repair.  This may sound high, but it is down from 1 in four back in 1990.  As one can tell from the accompanying chart, the percent of deficient bridges has been on a steady decline over the last two decades. 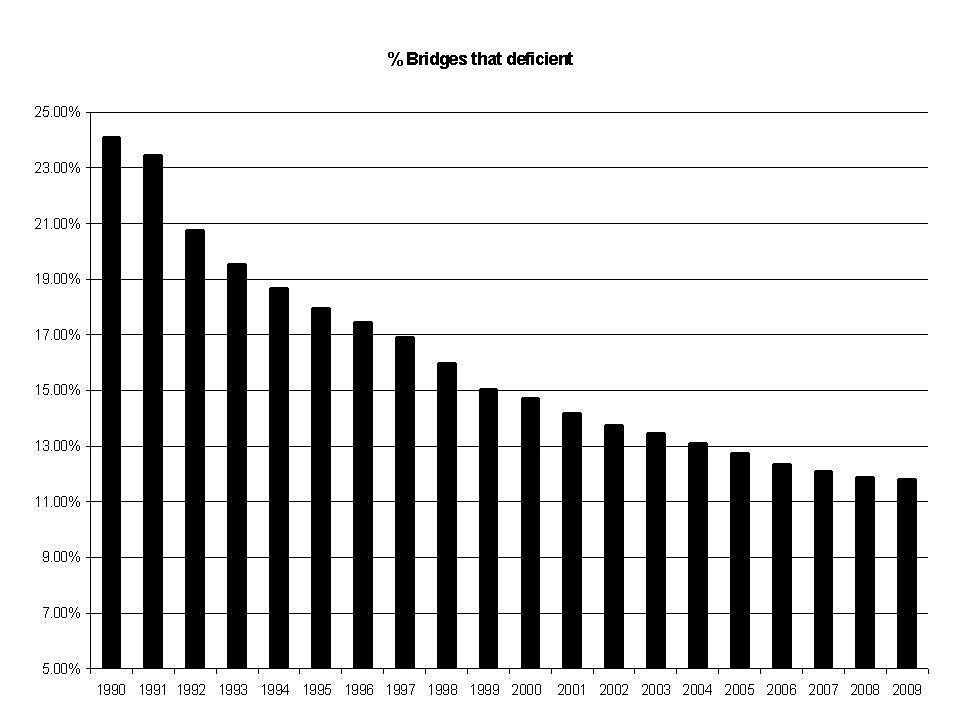 It is also worth noting that over 80 percent of the deficient bridges in the U.S. are in rural areas, and  subject to much less passenger traffic.  Many of these bridges likely see little, if any, traffic.

Perhaps more important from the perspective of "economic stimulus" is that additional bridge construction and repair would take years to have any real impact on employment.  Rather than coming up with policies designed with solely political appeal in mind, the President and Congress should focus on broad policies that allow the private sector to determine what investment needs should be addressed.