Tax Day: The Nightmare from Which There’s No Waking Up


Cato scholars were busy exposing the burden of the American tax system on Wednesday, the deadline to file 2008 tax returns.


At CNSNews​.com, tax analyst Chris Edwards argued that policymakers should give Americans the simple and low‐​rate tax code they deserve:

The outlook for American taxpayers is pretty grim. The federal tax code is getting more complex, the president is proposing tax hikes on high‐​earners, businesses, and energy consumers; and huge deficits may create pressure for further increases down the road…


The solution to all these problems is to rip out the income tax and replace it with a low‐​rate flat tax, as two dozen other nations have done.

At Townhall, Dan Mitchell excoriated the complexity of the current tax code:

Beginning as a simple two‐​page form in 1913, the Internal Revenue Code has morphed into a complex nightmare that simultaneously hinders compliance by honest people and rewards cheating by Washington insiders and other dishonest people. 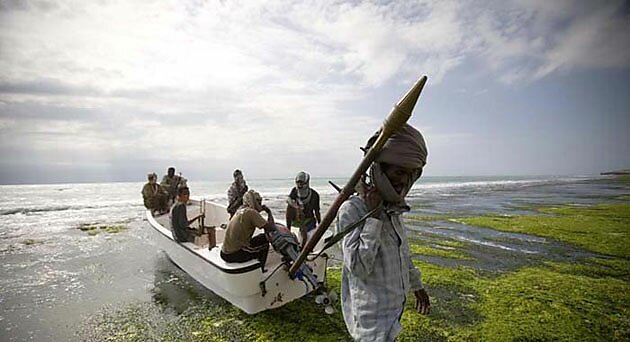 USA Today reports that the captain of a merchant vessel that was attacked by Somali pirates was freed Monday when Navy SEAL sharpshooters killed the pirates. The episode raises a larger question: How should the United States respond to the growing threat of piracy in the region?

It’s worth noting the current level of American concern about piracy is overblown. As Peter Van Doren pointed out to me the other day, the right way to think about this problem is that pirates are imposing a tax on shipping in their area. They are a bit like a pseudo‐​government, as Alexander the Great apparently learned. The tax amounts to $20–40 million a year, which is, as Ken Menkhaus put it in this Washington Post online forum, a “nuisance tax for global shipping.”


The reason ships are being hijacked along the Somali coast is because there are still ships sailing down the Somali coast. Piracy is evidently not a big enough problem to encourage many shippers to use alternative shipping routes. In addition, shippers apparently find it cheaper to pay ransom than to pay insurance for armed guards and deal with the added legal hassle in port. The provision of naval vessels to the region is an attempted subsidy to the shippers, and ultimately consumers of their goods, albeit one governments have traditionally paid. Whether or not that subsidy is cheaper than letting the market actors sort it out remains unclear to me.

Appearing on Russia Today, Friedman discussed the implications of the increased threat and what ships can do to avoid future incidents with Somali pirates.


Since the problems at sea are related to problems on Somali land, what can Western nations do to decrease poverty and lawlessness on the African continent? Dambisa Moyo, author of Dead Aid, argued at a Cato Policy Forum last week that the best way to combat these issues is to halt government‐​to‐​government aid, and proposed an “aid‐​free solution” to development based on the experience of successful African countries.

President Obama is lifting some restrictions on Cuban Americans’ contact with Cuba and allowing U.S. telecom companies to operate there, opening up the communist island nation to more cellular and satellite service… The decision does not lift the trade embargo on Cuba but eases the prohibitions that have restricted Cuban Americans from visiting their relatives and has limited what they can send back home.

In the new Cato Handbook for Policymakers, Juan Carlos Hidalgo and Ian Vasquez recommend a number of policy initiatives for future relations with Cuba, including ending all trade sanctions on Cuba and allowing U.S. citizens and companies to visit and establish businesses as they see fit; and moving toward the normalization of diplomatic relations with the island nation.


While Obama’s plan is a small step in the right direction, Hidalgo argues in a Cato Daily Podcast that Obama should take further steps to lift the travel ban and open Cuba to all Americans.