Week in Review: A Speech in Cairo, an Anniversary in China and a U.S. Bankruptcy

Obama Speaks to the Muslim World 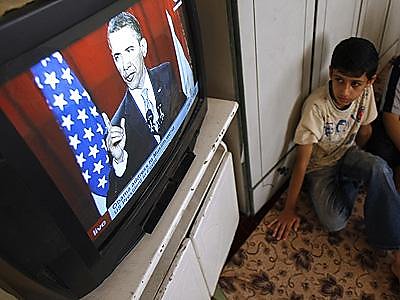 In Cairo on Thursday, President Obama asked for a “new beginning between the United States and Muslims around the world,” and spoke at some length on the Israeli‐​Palestinian conflict, Iran, Iraq, and Afghanistan. Cato scholar Christopher Preble comments, “At times, it sounded like a state of the union address, with a litany of promises intended to appeal to particular interest groups. …That said, I thought the president hit the essential points without overpromising.”


Preble goes on to say:

He did not ignore that which divides the United States from the world at large, and many Muslims in particular, nor was he afraid to address squarely the lies and distortions — including the implication that 9/11 never happened, or was not the product of al Qaeda — that have made the situation worse than it should be. He stressed the common interests that should draw people to support U.S. policies rather than oppose them: these include our opposition to the use of violence against innocents; our support for democracy and self‐​government; and our hostility toward racial, ethnic or religious intolerance. All good.

David Boaz contends that there are a number of other nations the president could have chosen to deliver his address:

Americans forget that the Muslim world and the Arab world are not synonymous. In fact, only 15 to 20 percent of Muslims live in Arab countries, barely more than the number in Indonesia alone and far fewer than the number in the Indian subcontinent. It seems to me that Obama would be better off delivering his message to the Muslim world somewhere closer to where most Muslims live. Perhaps even in his own childhood home of Indonesia.


Not only are there more Muslims in Asia than in the Middle East, the Muslim countries of south and southeast Asia have done a better job of integrating Islam and modern democratic capitalism…. Egypt is a fine place for a speech on the Arab‐​Israeli conflict. But in Indonesia, Malaysia, India, or Pakistan he could give a speech on America and the Muslim world surrounded by rival political leaders in a democratic country and by internationally recognized business leaders. It would be good for the president to draw attention to this more moderate version of Islam. 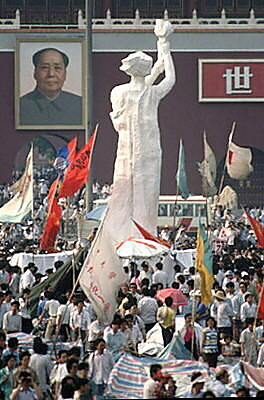 It has been 20 years since the tragic deaths of pro‐​democracy protesters in Tiananmen Square in June 1989, and 30 years since Deng Xiaoping embarked on economic reform in China. Cato scholar James A. Dorn comments, “After 20 years China has made substantial economic progress, but the ghosts of Tiananmen are restless and will continue to be so until the Goddess of Liberty is restored.”


In Thursday’s Cato Daily Podcast, Dorn discusses the perception of human rights in China since the Tiananmen Square massacre, saying that many young people are beginning to accept the existence of human rights independent of the state.


A few days before the anniversary, social media Web sites like Twitter and YouTube were blocked in China. Cato scholar Jim Harper says that it’s going to take a lot more than tanks to shut down the message of freedom in today’s online world:

In 1989, when a nascent pro‐​democracy movement wanted to communicate its vitality and prepare to take on the state, meeting en masse was vital. But that made it fairly easy for the CCP to roll in and crush the dream of democracy.


Twenty years later, the Internet is the place where mass movements for liberty can take root. While the CCP is attempting to use the electronic equivalent of an armored division to prevent change, reform today is a question of when, not if. Shutting down open dialogue will only slow the democratic transition to freedom, which the Chinese government cannot ultimately prevent.


After billions of dollars were spent over the course of two presidential administrations to keep General Motors afloat, the American car company filed for bankruptcy this week anyway.


Which leaves Ikenson asking one very important question: “What was the point of that?”

In November, GM turned to the federal government for a bailout loan — the one final alternative to bankruptcy. After a lot of discussion and some rich debate, Congress voted against a bailout, seemingly foreclosing all options except bankruptcy. But before GM could avail itself of bankruptcy protection, President Bush took the fateful decision of circumventing Congress and diverting $15.4 billion from Troubled Asset Relief Program funds to GM (in the chummy spirit of avoiding tough news around the holidays).


That was the original sin. George W. Bush is very much complicit in the nationalization of GM and the cascade of similar interventions that may follow. Had Bush not funded GM in December (under questionable authority, no less), the company probably would have filed for bankruptcy on Jan. 1, at which point prospective buyers, both foreign and domestic, would have surfaced and made bids for spin‐​off assets or equity stakes in the “New GM,” just as is happening now.

Meanwhile, the government takeover of GM puts the fate of Ford Motors, a company that didn’t take any bailout money, into question:

Thus, what’s going to happen to Ford? With the public aware that the administration will go to bat for GM, who will want to own Ford stock? Who will lend Ford money (particularly in light of the way GM’s and Chrysler’s bondholders were treated). Who wants to compete against an entity backed by an unrestrained national treasury?


Ultimately, if I’m a member of Ford management or a large shareholder, I’m thinking that my biggest competitors, who’ve made terrible business decisions over the years, just got their debts erased and their downsides covered. Thus, even if my balance sheet is healthy enough to go it alone, why bother? And that calculation presents the specter of another taxpayer bailout to the tunes of tens of billions of dollars, and another government‐​run auto company.