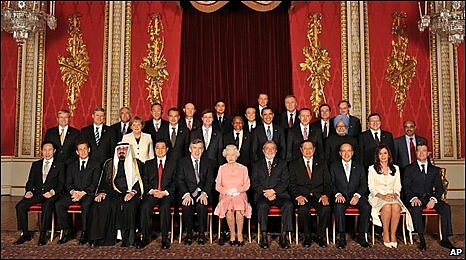 The Washington Post reports, “Leaders from more than 20 major nations including the United States decided Thursday to make available an additional $1 trillion for the world economy through the International Monetary Fund and other institutions as part of a broad package of measures to overcome the global financial crisis.”


Rahn: “President Obama of the U.S. and Prime Minister Brown of the U.K. will be pressing for more so‐​called stimulus spending by other nations, despite the fact that the historical evidence shows that big increases in government spending are more likely to be damaging and slow down recovery than they are to promote vigorous economic expansion and job creation.”


Vásquez: “The push by some countries for massive increases in spending to address the global financial crisis smacks of political and bureaucratic opportunism. A prime example is Washington’s call to substantially increase the resources of the International Financial Institutions… There is no reason to think that massive increases of the IFIs’ funds will not worsen, rather than improve, their record or the accountability of the aid agencies and borrower governments.”


Ikenson: “Certainly it is crucial to avoid protectionist policies that clog the arteries of economic recovery and help nobody but politicians. But it is also important to keep things in perspective: the world is not on the brink of a global trade war, as some have suggested.”


Ikenson appeared on CNBC this week to push for a reduction of trade barriers in international markets.


With fears mounting over a global shift toward protectionism, Cato senior fellow Tom Palmer and the Atlas Economic Research Foundation are circulating a petition against restrictive trade measures. 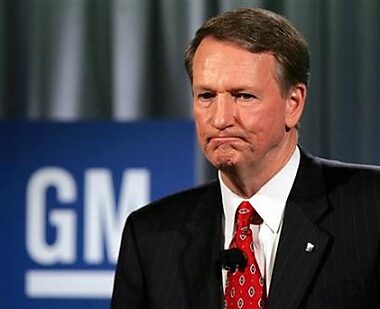 President Obama took an unprecedented step toward greater control of a private corporation after forcing General Motors CEO Rick Wagoner to leave the company. The New York Post reports “the administration threatened to withhold bailout money from the company if he didn’t.”


Writing for the Washington Post, trade analyst Dan Ikenson explained why the government is responsible for any GM failure from now on:

President Obama’s newly discovered prudence with taxpayer money and his tough‐​love approach to GM and Chrysler would both have more credibility if he hadn’t demanded Rick Wagoner’s resignation, as well. By imposing operational conditions normally reserved for boards of directors, the administration is now bound to the infamous “Pottery Barn” rule: you break it, you buy it. If things go further south, the government is now complicit.


Dan Ikenson, November 21, 2008: “Bailing out Detroit is unnecessary. After all, this is why we have the bankruptcy process. If companies in Chapter 11 can be salvaged, a bankruptcy judge will help them find the way. In the case of the Big Three, a bankruptcy process would almost certainly require them to dissolve their current union contracts. Revamping their labor structures is the single most important change that GM, Ford, and Chrysler could make — and yet it is the one change that many pro‐​bailout Democrats wish to ignore.”


Daniel J. Mitchell, November 13, 2008: “Advocates oftentimes admit that bailouts are not good policy, but they invariably argue that short‐​term considerations should trump long‐​term sensible policy. Their biggest assertion is that a bailout is necessary to prevent bankruptcy, and that avoiding this result is critical to prevent catastrophe. But Chapter 11 protection may be precisely what is needed to put American auto companies back on the path to profitability. Bankruptcy laws specifically are designed to give companies an opportunity — under court supervision — to reduce costs and streamline operations.”


Dan Ikenson, December 5, 2008: “The best solution is to allow the bankruptcy process to work. It will be needed. There are going to be jobs lost, but there is really nothing policymakers can do about that without exacerbating problems elsewhere. The numbers won’t be as dire as the Big Three have been projecting.”