“We Take Anybody” – Trump’s Central Premise Is False

In his speech last night, Donald Trump stated that “immigration as a share of national population is set to break all historical records” and promised to restore a “historical norm.” It is the underlying premise behind his entire speech. His “deportation task force,” E-Verify, and all the rest is all about enforcing a lower rate of immigration and ending “an open border to the world.”  “We take anybody,” he said later. “Come on in, anybody.” He couldn’t be more wrong.

The United States has accepted roughly one million immigrants per year as permanent residents. As a share of the population, this number contributes 0.32 percent of the population. The historical average is 0.45 percent—nowhere close to extreme. As you can see, the immigration norm that we abandoned in the 1920s was much higher than the levels that we are seeing today. 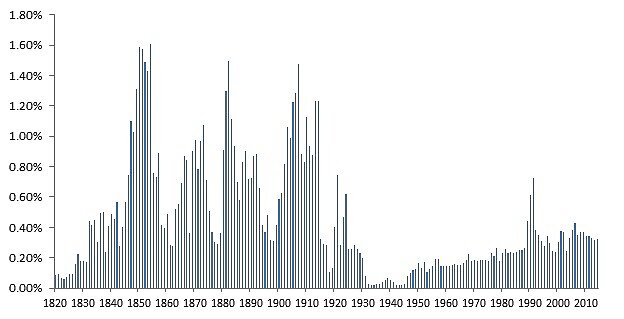 Figure 2: Annual Increase in the Total Foreign-Born Population as a Share of Total Population (Decadal Averages) 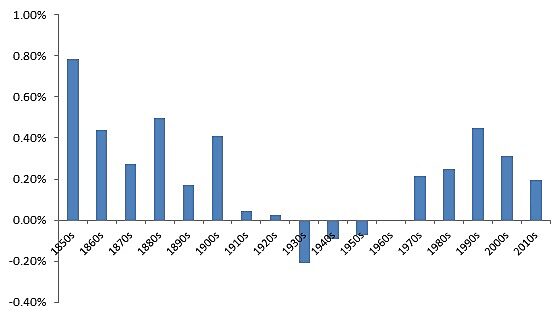 It is true that the immigrant share of population already in the United States has grown to its highest level in a century, but that is not the result of more immigrants entering the United States, but mainly of fewer Americans being born. A lower population growth rate for native-born Americans accounts for nearly two-thirds of the increase in the foreign-born share since 1965.  It’s just not true that historically abnormal immigration into the country is the primary cause of the higher immigrant share of the population.

The idea that the United States “takes anybody” flies in the face of the long waits that many legal immigrants face right now. As I’ve detailed before, there are millions of legal immigrants waiting for the chance to get a green card to live and work permanently in the United States, and they will not receive those visas under current law for decades. I can only imagine the looks on the faces of Indian immigrants who face century-long wait times for green cards when Trump claimed that America simply says “just come on in” to anyone who wants to immigrate here.

Perhaps Trump is making a comparison, arguing that America has an open door compared to other countries. If so, he’s also wildly off base. Again, as a share of the population, immigration to the United States is in the back of the pack compared to other developed countries (OECD).

Figure 3: Immigration as a Percent of Population, 2013 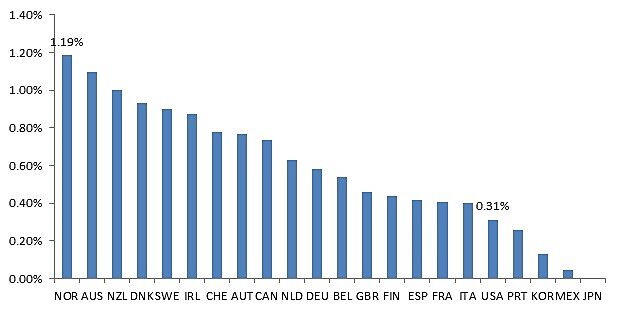 No matter how you look at it, the United States has low immigration flows for a country of its size and wealth. If Donald Trump wants America to return to its historical average, he would need to increase legal immigration. That would be a good thing for the country.