A recent Washington Post editorial addressed highway funding and gas taxes. The piece noted that gas taxes went up in 13 states in July and that “31 of the 50 states have raised or reformed their motor fuel taxes during the past decade.”


From these state policy actions, the Post deduced that the federal government should raise its own gas tax. But that makes no sense. The recent gas tax increases show that the states are already addressing their highway funding needs. The chart below, based on API data, shows that while the federal gas tax rate has been stable in recent years the average state rate has risen substantially.


The states have powerful revenue sources to fund their highways and other infrastructure, including gas taxes, income taxes, sales taxes, and borrowing. They can pursue privatization and public‐​private partnerships to draw private funds into infrastructure. And they can re‐​direct gas tax revenues currently used for other purposes back to highway use.


State governments own the nation’s highways, including the entire Interstate system, and they can best judge how much money is needed for construction and maintenance. The federal government is a bureaucratic and pork‐​barrel middleman that has no magic source of free funds. We should let the states fill up their own highway funding tanks. 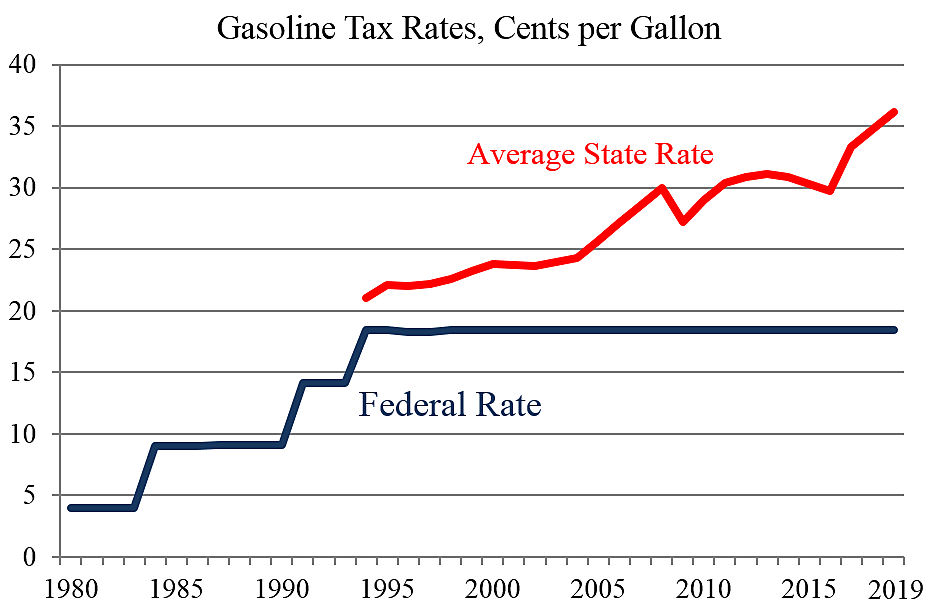