The War in Afghanistan Is about to Turn Nastier 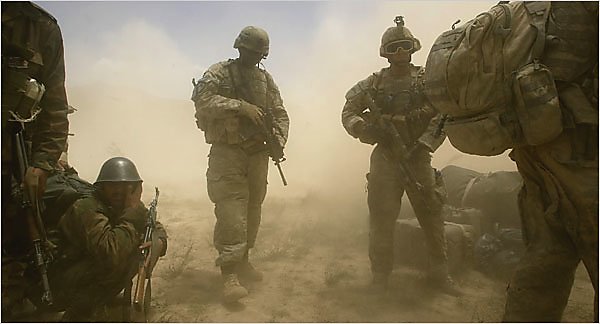 While Iraq’s security situation has been improving–though the possibility of revived sectarian violence remains all too real–the conflict in Afghanistan has been worsening. The challenge for allied (which means mostly American) forces is obvious, which is why the Obama Administration is sending more troops.


But the administration risks wrecking the entire enterprise by turning American forces into drug warriors.

American commanders are planning to cut off the Taliban’s main source of money, the country’s multimillion‐​dollar opium crop, by pouring thousands of troops into the three provinces that bankroll much of the group’s operations.


The plan to send 20,000 Marines and soldiers into Helmand, Kandahar and Zabul Provinces this summer promises weeks and perhaps months of heavy fighting, since American officers expect the Taliban to vigorously defend what makes up the economic engine for the insurgency. The additional troops, the centerpiece of President Obama’s effort to reverse the course of the seven‐​year war, will roughly double the number already in southern Afghanistan. The troops already fighting there are universally seen as overwhelmed. In many cases, the Americans will be pushing into areas where few or no troops have been before.


Through extortion and taxation, the Taliban are believed to reap as much as $300 million a year from Afghanistan’s opium trade, which now makes up 90 percent of the world’s total. That is enough, the Americans say, to sustain all of the Taliban’s military operations in southern Afghanistan for an entire year.


“Opium is their financial engine,” said Brig. Gen. John Nicholson, the deputy commander of NATO forces in southern Afghanistan. “That is why we think he will fight for these areas.”


The Americans say that their main goal this summer will be to provide security for the Afghan population, and thereby isolate the insurgents.


But because the opium is tilled in heavily populated areas, and because the Taliban are spread among the people, the Americans say they will have to break the group’s hold on poppy cultivation to be successful.


No one here thinks that is going to be easy.


The basic problem is that opium–and cannabis, of which Afghanistan is also the world’s largest producer–funds not only the Taliban, but also warlords who back the Karzai government and, most important, the Afghan people. The common estimate is that drugs provide one‐​third of Afghanistan’s economic output and benefit a comparable proportion of the population. Making war on opium inevitably means making war on the Afghan people.

As both Ted Galen Carpenter and I have been arguing, most recently in speeches to various World Affairs Councils, diverting military attention to the drug war risks the entire enterprise in Afghanistan. Already some drug‐​running warlords have been refusing to give intelligence to allied commanders and are killing government anti‐​drug officials. Broader popular sentiments also turn against the allies when they deprive farmers of their most remunerative livelihood.


Washington has no obvious long‐​term answer to the opium trade–only legalization/​decriminalization would take the money out of illicit drug production, but American politicians refuse to admit the obvious. In any case, the Obama administration should focus on the war against the Taliban and al‐​Qaeda. Ultimately, we should emphasize a solution which safeguards America’s fundamental security objectives in Afghanistan, namely, which precludes any terrorist training camps and sanctuary for those who attack Americans. Once we achieve these goals and bring American military personnel home, we can debate doing more about Afghanistan’s opium fields.