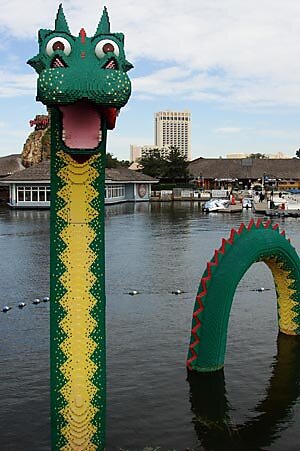 Much is being made by school choice opponents of a report that a Christian school in Louisiana eligible to receive students in the state’s new voucher program uses a textbook that asserts the Loch Ness Monster is real and a dinosaur. Writes Washington Post education columnist Valerie Strauss:

This is where support of vouchers is leading us — to the public paying for a child to learn that the Loch Ness Monster was a dinosaur and co‐​existed with humans. This is important to Young Earth Creationists, who believe that Earth was created no longer than 10,000 years ago, not the 4.5 billion years estimated by science. They also believe that dinosaurs were on Noah’s Ark.


If people want to believe this and they want their children to learn it in school, that’s fine. The public shouldn’t have to pay for it.

I can certainly see why paying for this sort of thing would disturb a lot of people — it’s a major reason tax‐​credit programs, which let individuals and corporations choose to whom they will donate, are preferable to vouchers. Let’s, however, use this to confront another, extremely dubious belief that many would never challenge: Government schooling leads to good science instruction.


First, no matter how loudly government‐​failure deniers might protest — the government is omnipotent, dammit! — government schooling does not overcome religious belief. The latest Gallup poll assessing views on human origins came out a few weeks ago, and found as it has since 1982: The vast majority of Americans believe that God created human beings, and a plurality believes that God created us in our “present form.” Only 15 percent hold that human beings evolved without any divine involvement. And this is with roughly 85 percent of students attending public schools.


Next, take a look at overall science achievement. According to the latest National Assessment of Educational Progress results, only 32 percent of U.S. eighth graders are “proficient” in science. And private versus public schools? 43 percent of private school students are proficient, versus 31 percent for public schools. A significant part of the difference is likely that private schools tend to serve better prepared kids, but the data certainly doesn’t suggest that public schooling beats private when it comes to science instruction.


Finally, there’s the reason government schools are so inept at teaching science: All people, no matter what their beliefs, are forced to support public schools — a perfect recipe for wrenching conflict. To avoid war without end, some 60 percent of high school biology teachers gloss over the mega flash‐​point that is evolution. The result is that no one, no matter what their beliefs, gets coherent biology instruction.


The solution to this is obvious: Let the people go! Let them freely choose what their children will learn, eliminating the need to fight. No longer force them to pay for “free” government schools, then pay again for education they like.


Unfortunately, all too often the self‐​proclaimed logic‐​driven defenders of science reject this argument. In part this is because of their heart‐​felt conviction that all children must learn proper science. That, however, has shackled them to the utterly illogical belief that some way, somehow, human and government reality will be magically overcome.