A hallmark of socialism and interventionism is failure. Venezuela is compelling proof of this, having spent the past half century going down the tubes. Indeed, in the 1950’s, it was one of Latin America’s most well off countries. No more. Now it is a basket case – a failed state that’s descending into chaos.


How could this be? After all, Venezuela’s combined reserves of oil and gas are second only to Iran’s. Well, it might have reserves, but thanks to the wrongheaded policies of President Hugo Chavez, Venezuela is the only major energy producer that has seen its production fall over the past quarter of a century. The following chart tells that dismal tale: 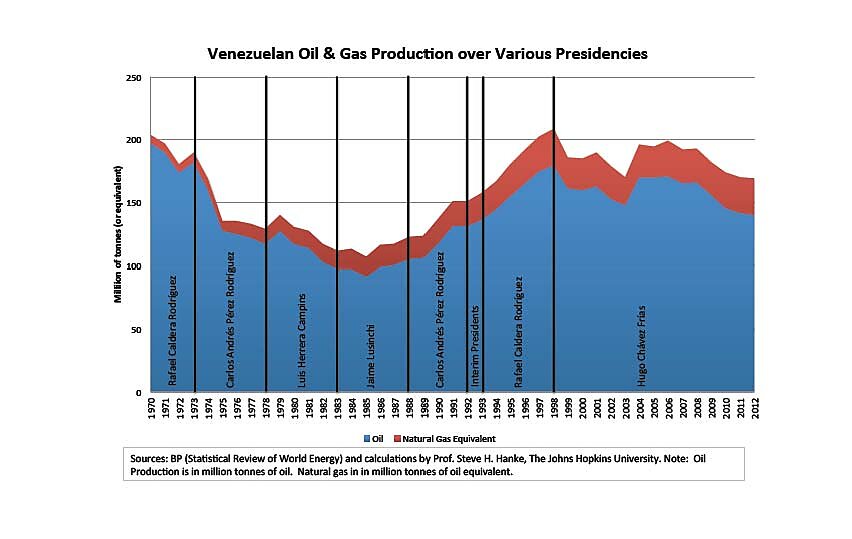