With each passing day, I find myself reading wildly inaccurate reports about Venezuela’s inflation. I have already had to take no less than the Wall Street Journal to task for its misreporting. Now, it’s Zero Hedge’s one and only Tyler Durden’s time. On October 27th, he asserted that Venezuela was on the cusp of hyperinflation. Durden’s assertion is dead wrong.


Durden relies on the International Monetary Fund (IMF) for his inflation data, as well as estimates for Venezuela’s inflation. This is a big blunder, as the IMF’s reports on Venezuela contain no indication of their methodology. Indeed, it’s clear from reading their reports that they’re using a finger‐​in‐​the‐​wind method to measure current inflation and forecast future inflation. Durden says that Venezuela’s end of year inflation will be 481 percent, a far cry from Venezuela’s current 74.4 percent annual inflation rate courtesy of the Johns Hopkins‐​Cato Institute Troubled Currencies Project. The Hopkins‐​Cato project uses changes in black market (read: free market) exchange rates and the principle of purchasing power parity (PPP) to translate exchange rate changes into deadly accurate inflation rate estimates.


As the accompanying chart shows, Venezuela’s inflation is not about ready to break out in hyperinflation, but has decelerated dramatically from annual rates exceeding 700 percent in 2015 to today’s still punishing rate of 74.4 percent.


By the way, for those who play fast and loose with the word “hyperinflation,” the hyperinflation threshold is 12,875 percent, year over year. For those who are seriously interested in the topic, see the only documented treatment of all the 56 hyperinflations in the world: Steve H. Hanke and Nicholas Krus, “World Hyperinflations” in The Handbook of Major Events in Economic History, ed. Randall Parker and Robert Whaples (London: Routledge Publishing, 2013). 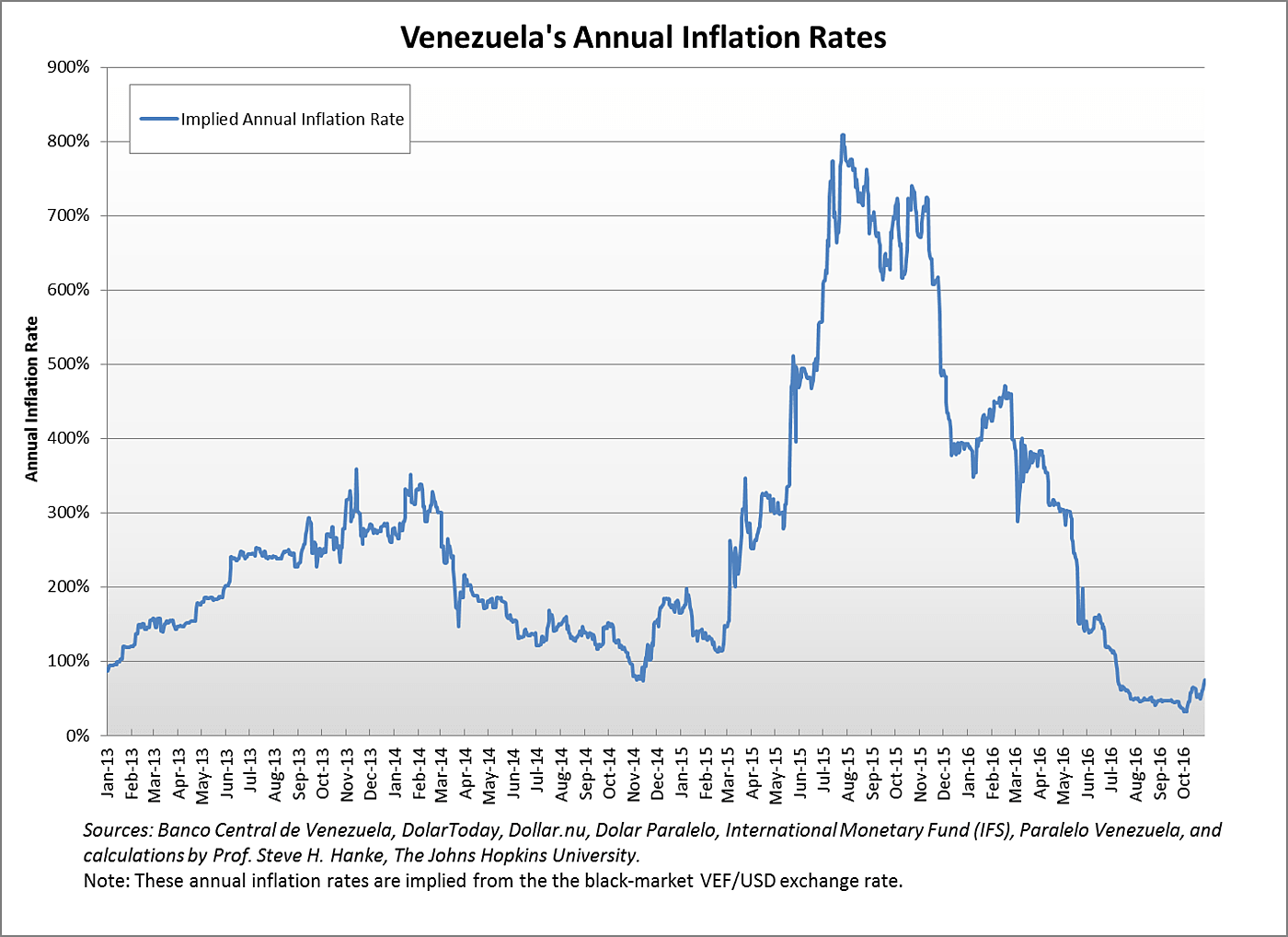 Once again, the 95 percent rule reigns – 95 percent of what you read in the financial press is either wrong or irrelevant.