Venezuela’s Inflation: The Wall Street Journal’s Reportage is Off, Way Off

Recent reportage in the Wall Street Journal by Matt Wirz, Carolyn Cui, and Anatoly Kurmanaev states that Venezuela’s annual inflation rate is 500 percent. The authors fail to indicate the source for that 500 percent figure. Knowing that the most accurate estimate of Venezuela’s current annual inflation rate is 55 percent, I concluded that the Journal was way off and set out to determine the source for its incorrect figure. The most likely candidate turned out to be the International Monetary Fund’s (IMF) October 2016 World Economic Outlook (WEO), which contains an estimate for Venezuela’s annual inflation. This report projects Venezuela’s annual inflation to average 475.8 percent for 2016, a far cry from my current estimate of 55 percent. The IMF’s figure, though, gives the appearance of a finger‐​in‐​the‐​wind approach because no methodology accompanies the IMF’s October report. The 95% rule reigns – 95% of what you read in the financial press is either wrong or irrelevant. 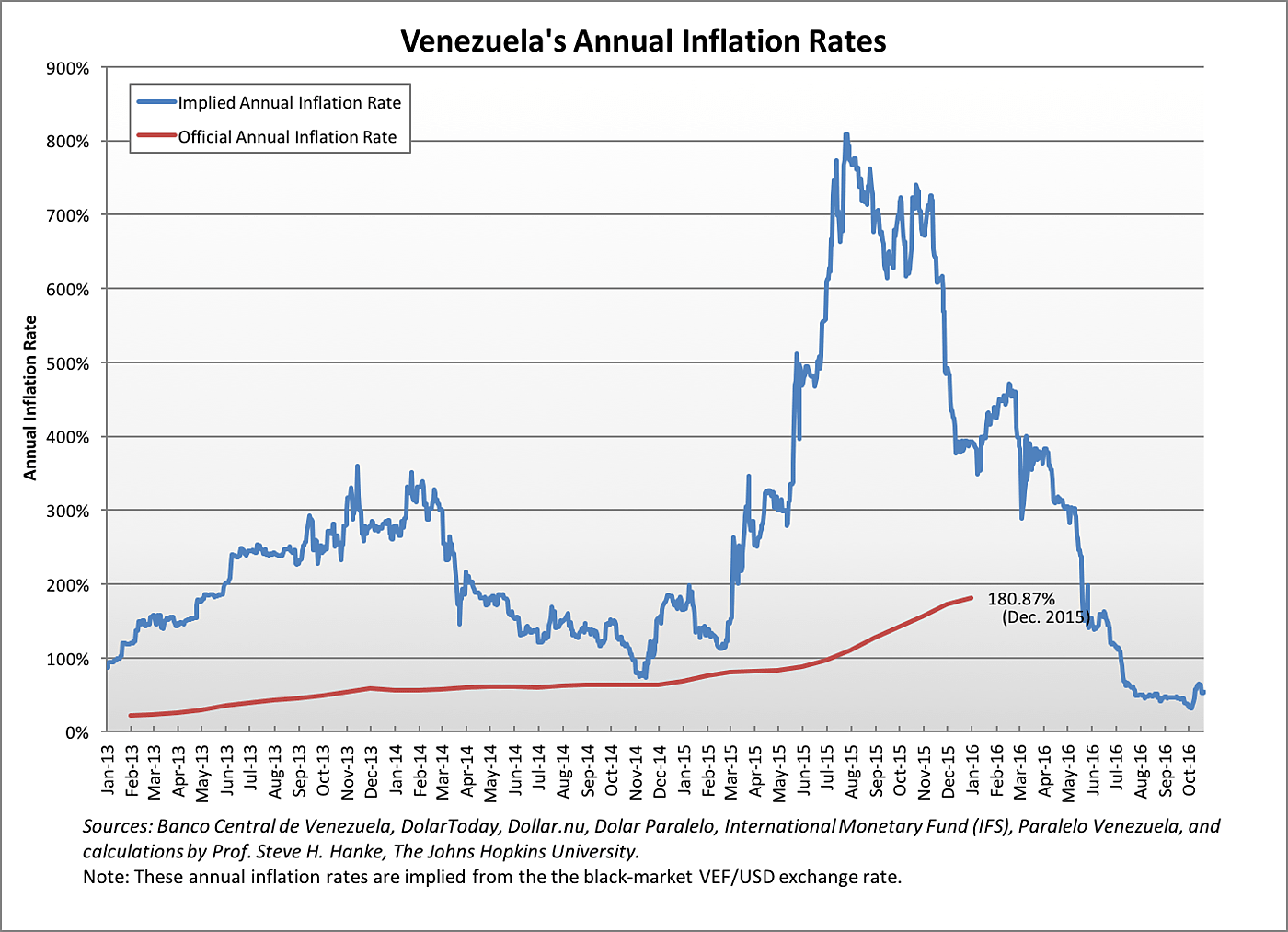 So, how does one make an accurate estimate of inflation in countries experiencing elevated inflation levels? The Johns Hopkins‐​Cato Institute Troubled Currencies Project calculates reliable inflation estimates. These are based on changes in black market (read: free market) exchange rates. The principle of purchasing power parity (PPP) is used to translate exchange rate changes into estimates of implied inflation rates. When inflation is elevated, this method provides deadly accurate estimates.