With the arrival of President Hugo Chávez in 1999, Venezuela embraced Chavismo, a form of Andean socialism. In 2013, Chávez met the Grim Reaper and Nicolás Maduro assumed Chávez’s mantle.


Chavismo has not been confined to Venezuela, however. A form of it has been adopted by Rafael Correa – a leftist economist who became president of a dollarized Ecuador in 2007.


Even though the broad outlines of their economic models are the same, the performance of Venezuela and Ecuador are in stark contrast with one another.


The most telling contrast between Venezuela’s Chavismo and Ecuador’s Chavismo Dollarized can be seen in the accompanying chart of real GDP in U.S. dollars. We begin in 1999, the year Chávez came to power in Venezuela.


The comparative exercise requires us to calculate the real GDP (absent inflation) and do so in U.S. dollar terms for both Venezuela and Ecuador. Since Ecuador is dollarized, there is no exchange‐​rate conversion to worry about. GDP is measured in terms of dollars. Ecuadorians are paid in dollars. Since 1999, Ecuador’s real GDP in dollar terms has almost doubled.


To obtain a comparable real GDP for Venezuela is somewhat more complicated. We begin with Venezuela’s real GDP, which is measured in terms of bolívars. This bolívar metric must be converted into U.S. dollars at the black market (read: free market) exchange rate. This calculation shows that, since the arrival of Chávez in 1999, Venezuela’s real GDP in dollar terms has vanished. The country has been destroyed by Chavismo. 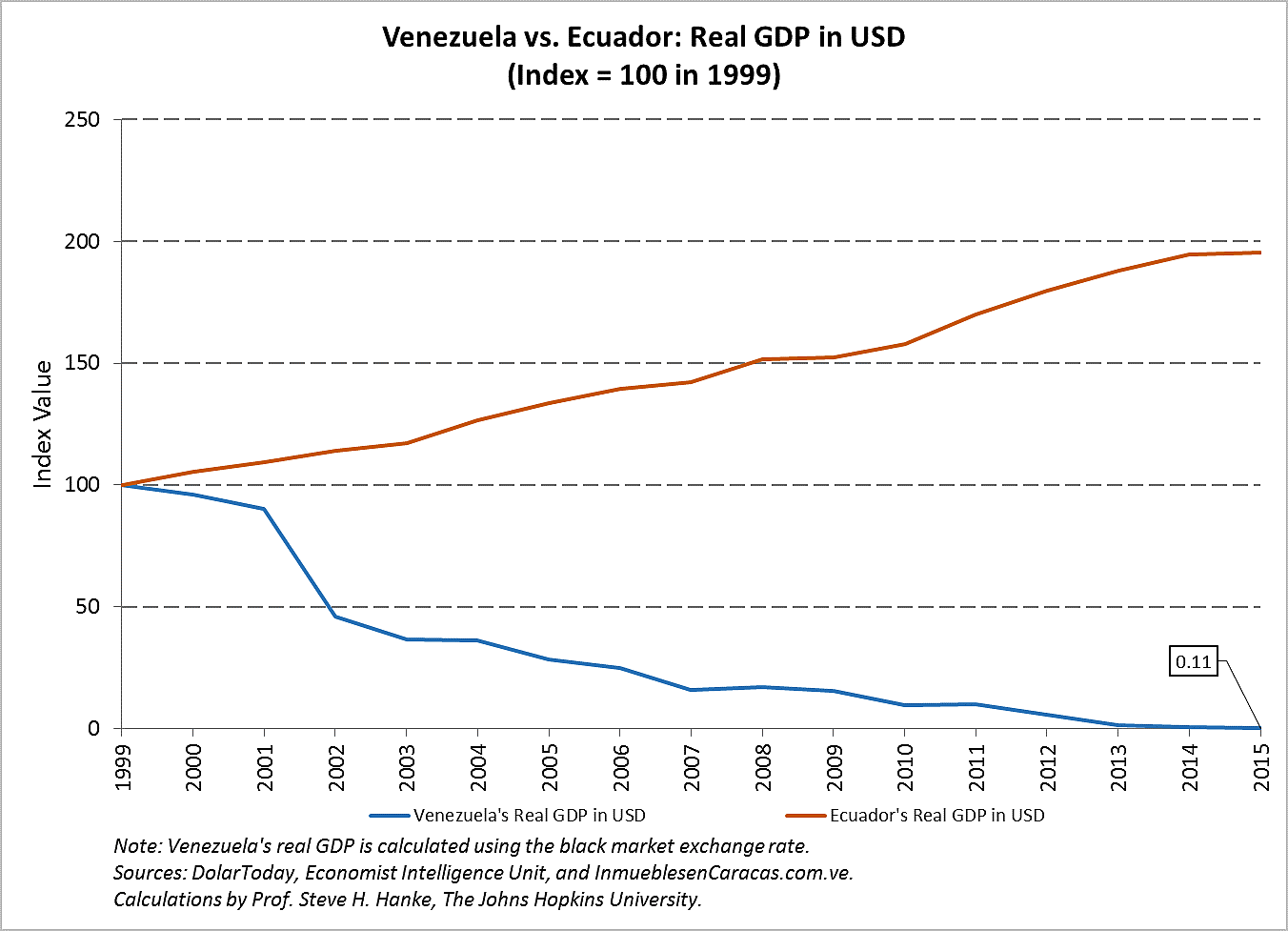 Venezuela is clearly in a death spiral. The only way out is to officially dump the bolívar and replace it with the greenback.